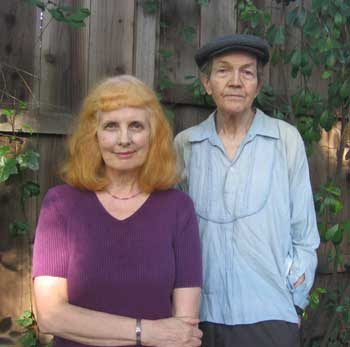 Here is to Angelica and Tom Clark, Berkeley, California. Tom, an evening walker, was struck by an elderly woman motorist near his home while using the crosswalk earlier this week. I've copied the news report and a photograph from the scene of the accident below. After a very close call, and one operation, Tom is back home awaiting a second operation next week. Many of you will be familiar with Tom's work as poet, essayist, biographer, editor, teacher and blogger (you can link to his blog Beyond the Pale from the Birdhouse, look to the left of the screen). During this hardship time for the family, let's extend our support and care as part of the family. The poetry tree needs those birds that sing.

Pedestrian released from hospital after Berkeley collision
Posted By Tracey Taylor On April 4, 2012 (2:15 pm) In 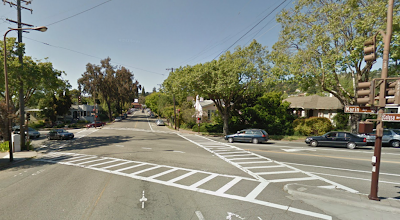