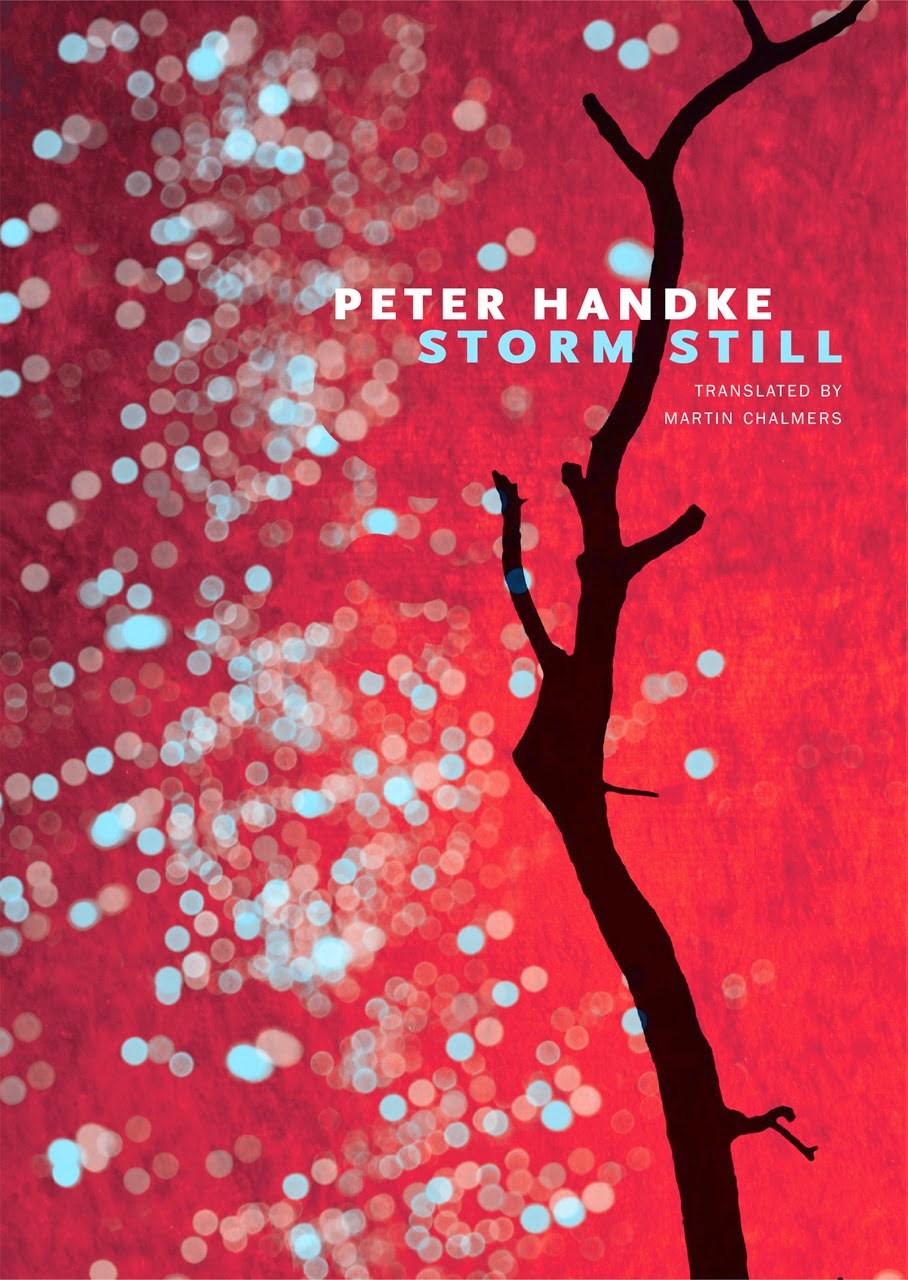 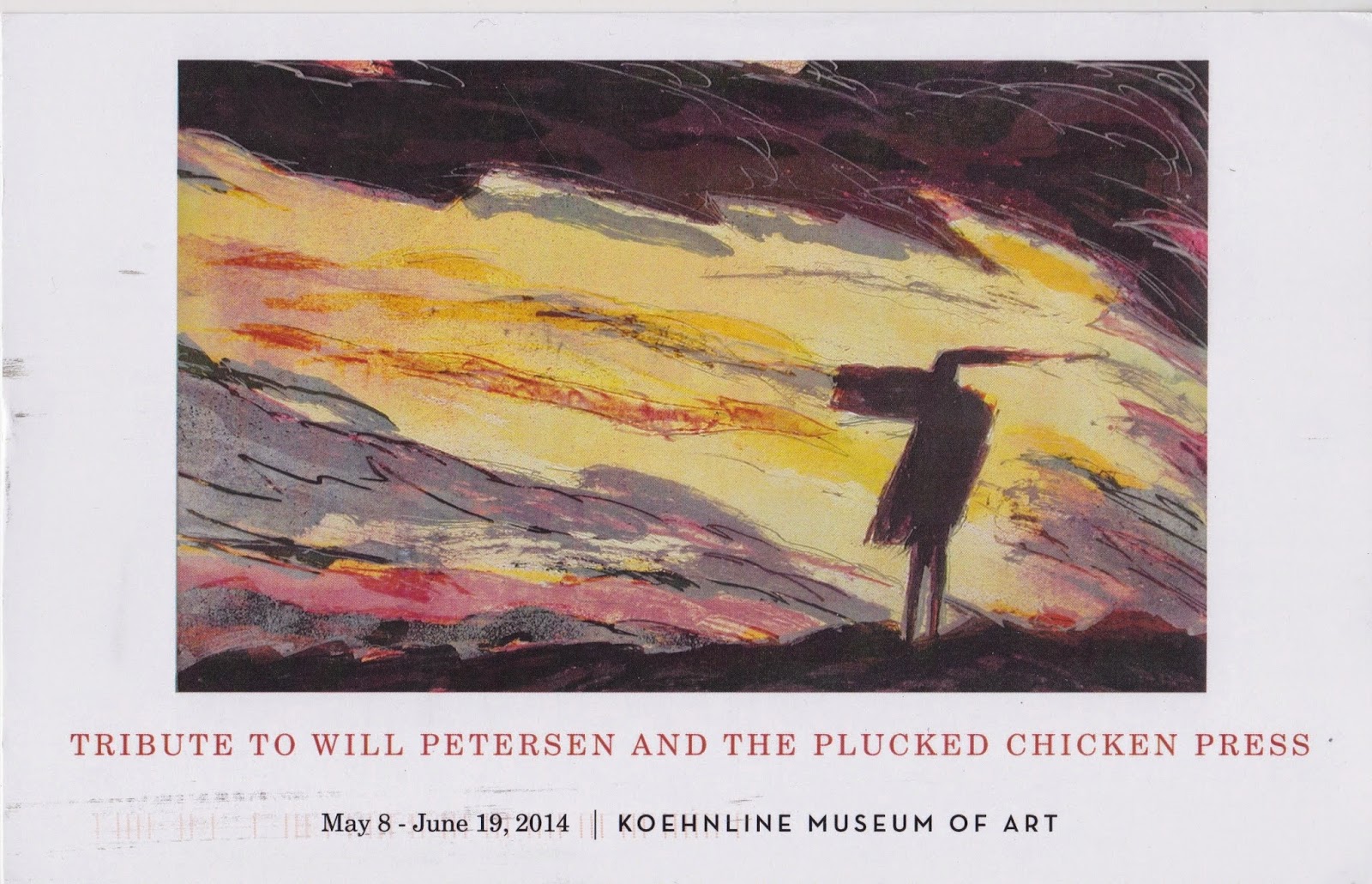 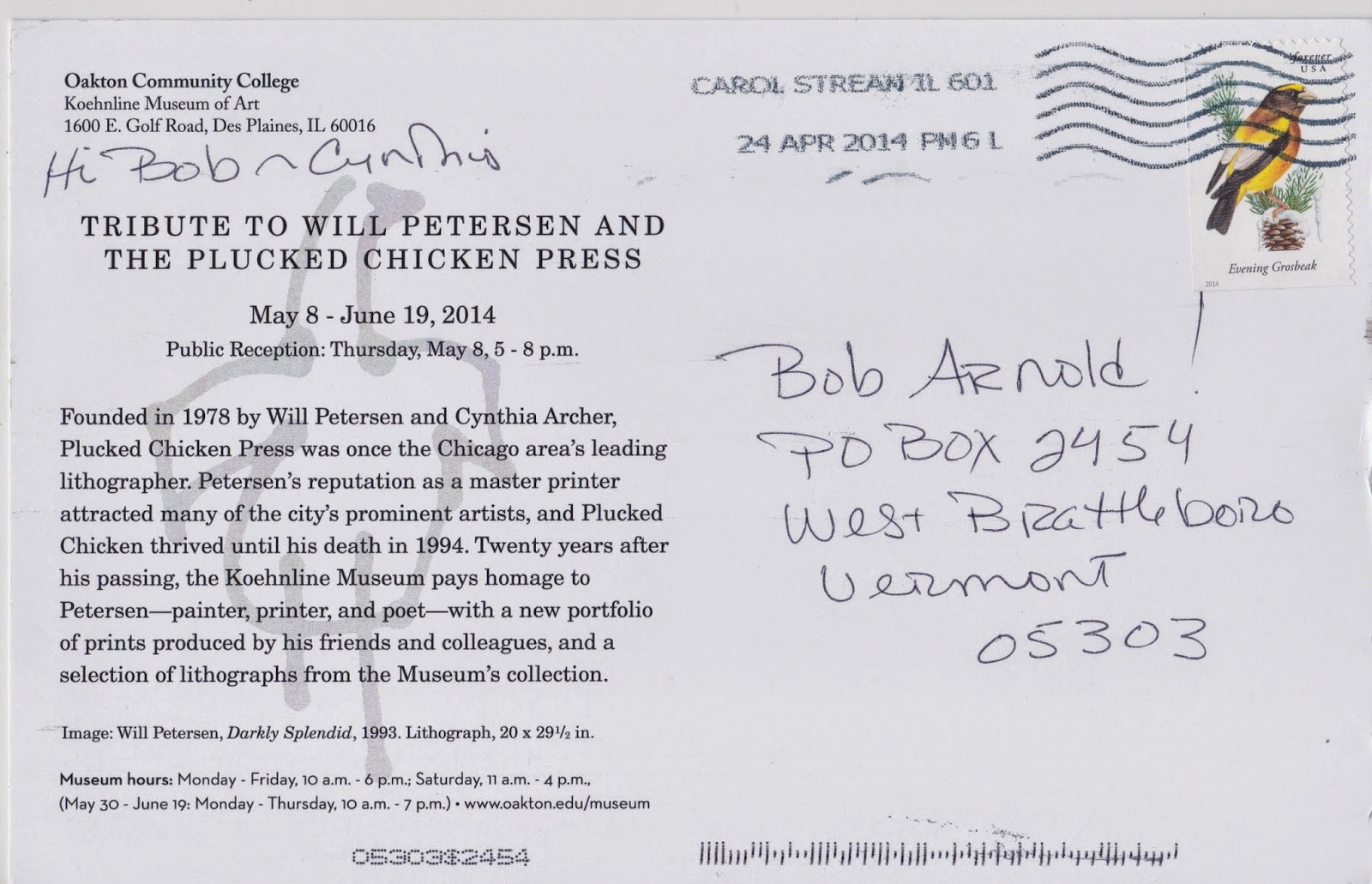 Will Petersen was such a good man — one could sense this not even knowing Will personally via his sweeping and full-hearted letters. A close friend during the "Japan years" with Cid Corman and Gary Snyder and others. That era of American poets & artists in Japan after WW2, either as students of zen, or living and working there, or visiting, awaits in the wings for some scholar to take up and showcase an historical record, with photographs, book length. It'll be a rich telling.

In the meantime, when in Illinois over the five weeks of Will's tribute, why not stop in and be nourished. Will and Cynthia's Plucked Chicken was unlike any other small press journal — most definitely inspired by Corman's Origin in all the right ways (poets published etc) but also with the flair and freewheelin' of the artist's own brush. It's said so often but still not enough:
they don't make 'em like this any more.

Labels: Cynthia Archer, Japan, Plucked Chicken Press, Will Petersen
Newer Posts Older Posts Home
Subscribe to: Posts (Atom)
A poem (or more) will be offered by the hour or with the day and at the very least once a week. So stay on your webbed toes. The aim is to share good hearty-to-eat poetry. This is a birdhouse size file from the larger Longhouse which has been publishing from backwoods Vermont since 1971 books, hundreds of foldout booklets, postcards, sheafs, CD, landscape art, street readings, web publication, and notes left for the milkman. Established by Bob & Susan Arnold for your pleasure.
The poems, essays, films & photographs on this site are copyrighted and may not be reproduced without the author's go-ahead.
Write Bob or the Bookshop