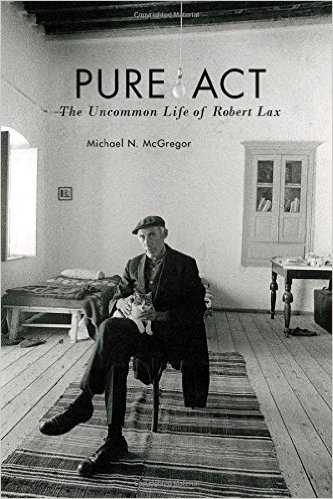 Yes, the new Lax biography by Michael N. McGregor is very good, if not a bit tedious in how the author has to work through so many personal passages of his own but after a bit of time I started to fall into his affection for Lax, which I already have, and now we are one happy family as I come to the home stretch. The period when Lax was publishing little strips of publications with Emil Antonucci I was living through as he was sending them to me and somewhere I have a few of those, and elsewhere I have picked them up and sold them as a bookseller. Sometimes what we have sold has paved the way for publishing a new book by another poet. It’s the balancing act. And it isn’t so much just the poetry of Lax that gets to me, many poems are wrung our twists of things, it’s simply his look (wiry and odd and gentle) and his way of living and just how he went about writing and living his poetry that greatly grabbed me from the start. These three small Greek islands — Kalymnos, Patmos, and Lipsi — long his home. Who would suspect he had been great friends with the Trappist monk Thomas Merton, had his poems highly supported by John Ashbery and James Laughlin, that he had run away with the circus for a time, worked on scripts in Hollywood, was on the staff at The New Yorker and through it all kept his head? Today many of his thin booklets of poems fetch hundreds of dollars, whereas he lived a spartan and seemingly joyous life. By the way, may the author repair the typo to John Martone's publication "tel-let" (and not "tel-net") on page 387. Lax would encourage that repair since he so believed in the smallest of the small poetry journals. 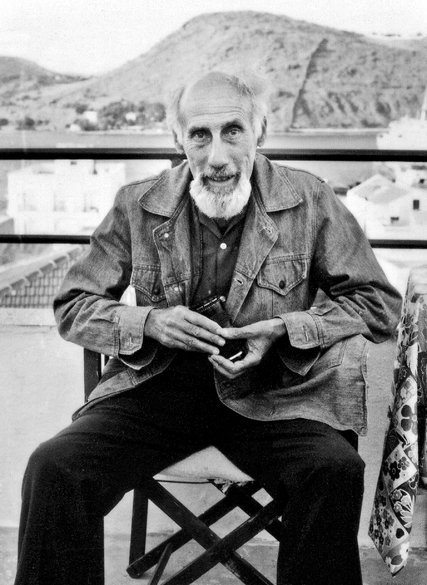 Labels: Duke University, Greece, Michael N. McGregor, poetry, Robert Lax, Thomas Merton
Newer Posts Older Posts Home
Subscribe to: Posts (Atom)
A poem (or more) will be offered by the hour or with the day and at the very least once a week. So stay on your webbed toes. The aim is to share good hearty-to-eat poetry. This is a birdhouse size file from the larger Longhouse which has been publishing from backwoods Vermont since 1971 books, hundreds of foldout booklets, postcards, sheafs, CD, landscape art, street readings, web publication, and notes left for the milkman. Established by Bob & Susan Arnold for your pleasure.
The poems, essays, films & photographs on this site are copyrighted and may not be reproduced without the author's go-ahead.
Write Bob or the Bookshop