God is a symptom -

each other and our

selves - contaminate
everything we

can get our minds on.


All last winter and into this winter approaching we have been working on editing, typing and designing the new issue from Longhouse of Cid Corman's final two volumes of.

Expect it to reside in one big book.

This is a massive undertaking since Cid left the manuscript in ten loose leaf notebooks, all typed, with revisions on the original transcript to be deciphered
(decades of receiving letters from him, no problem).

We're gaining and we thought we'd offer a peek with the poem above.

The poem is from Book 5, part III, under the heading "Transmutings."

Considering the world at present, one can see Cid was twenty to thirty years ahead of himself. 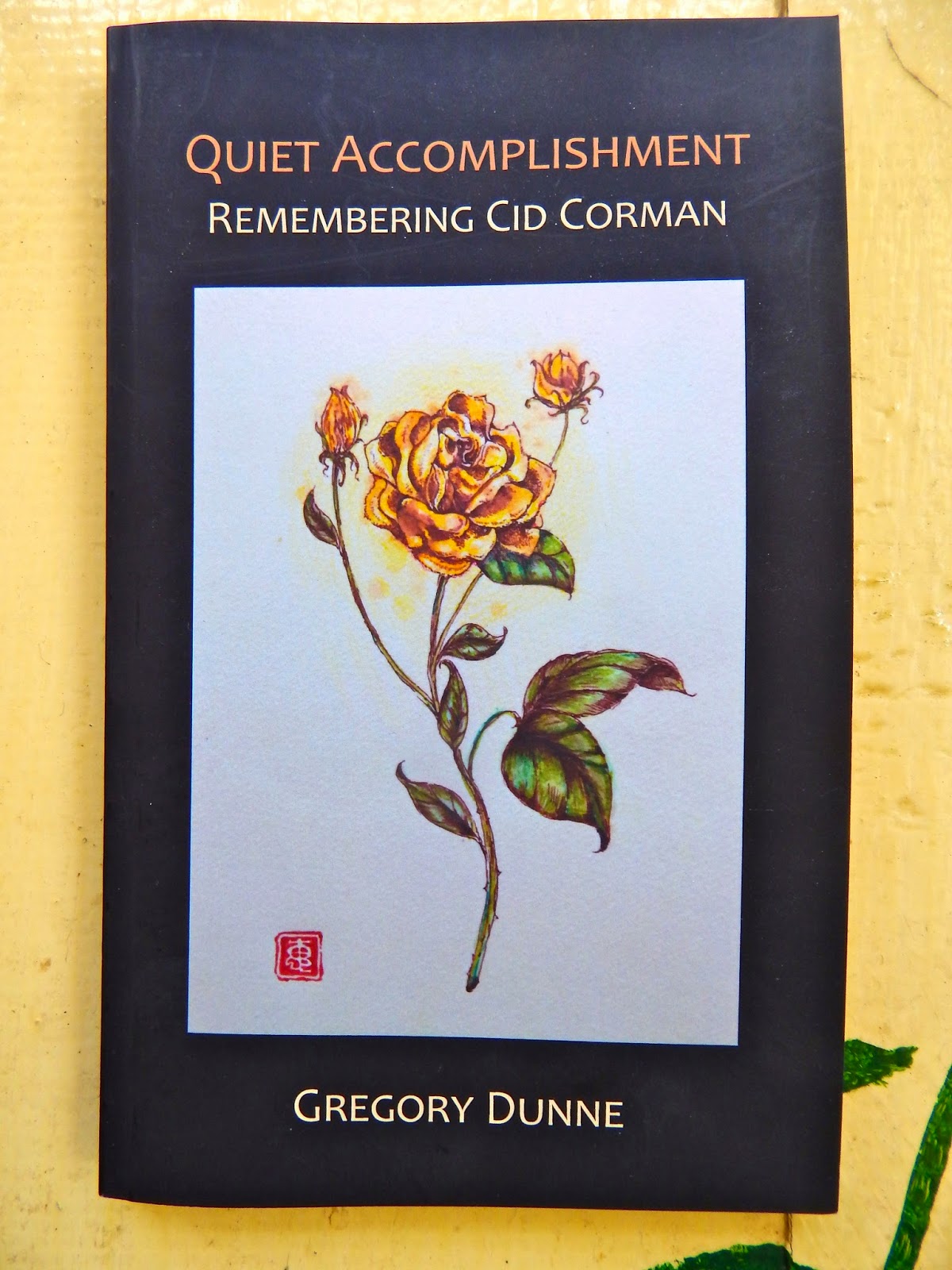 
In the meantime, here is Gregory Dunne's modest, well-built memoir of Cid Corman; concerning itself mainly with Cid's many decades in Japan, while threading throughout a fine juxtaposition of the poet and the poet's writings. Dunne also offers his sharp eye to the full opus of — quite valuable — as well as his interview with Cid Corman first published in American Poetry Review.

Labels: Bob Arnold (drawing), Cid Corman, Gregory Dunne, Of (Cid Corman)
Newer Posts Older Posts Home
Subscribe to: Posts (Atom)
A poem (or more) will be offered by the hour or with the day and at the very least once a week. So stay on your webbed toes. The aim is to share good hearty-to-eat poetry. This is a birdhouse size file from the larger Longhouse which has been publishing from backwoods Vermont since 1971 books, hundreds of foldout booklets, postcards, sheafs, CD, landscape art, street readings, web publication, and notes left for the milkman. Established by Bob & Susan Arnold for your pleasure.
The poems, essays, films & photographs on this site are copyrighted and may not be reproduced without the author's go-ahead.
Write Bob or the Bookshop