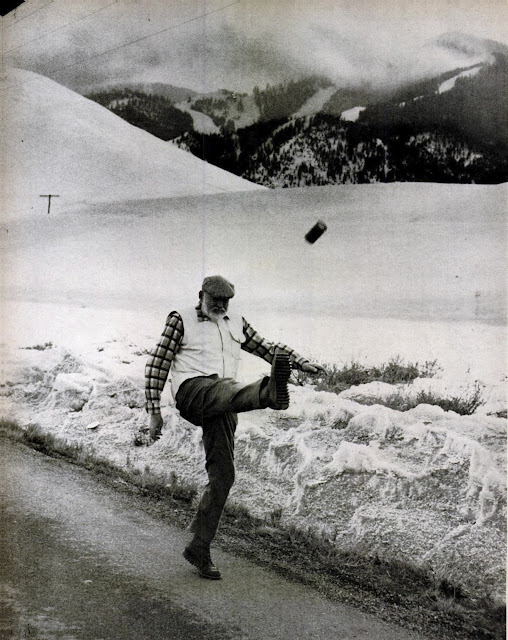 before November, and it's anyone's guess

what is coming for us in November.

Hemingway is good medicine during these times

and A Moveable Feast remains one of his strongest books.

since that date in hardcover. As a teenager I loved the smaller

paperback edition which has since gone somewhere else, or is in

another building in the one, two and over three libraries we

have going on here. Last night I re-read "The Snows of Kilimanjaro"

If it's been awhile since you read the short story, go back,

you'll be glad you did. The same with A Moveable Feast.

There are those humorous and revealing wonderful pages

with Hemingway and F Scott Fitzgerald together.

and he doesn’t let anyone off the hook.

As soon as he arrived in Paris

he had his eyes roaming and talking.

Ever the hunter and fisherman, which makes

his writing so smoothly balanced and declarative, 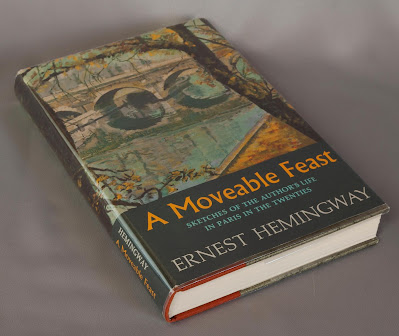 Labels: Ernest Hemingway
Newer Posts Older Posts Home
Subscribe to: Posts (Atom)
A poem (or more) will be offered by the hour or with the day and at the very least once a week. So stay on your webbed toes. The aim is to share good hearty-to-eat poetry. This is a birdhouse size file from the larger Longhouse which has been publishing from backwoods Vermont since 1971 books, hundreds of foldout booklets, postcards, sheafs, CD, landscape art, street readings, web publication, and notes left for the milkman. Established by Bob & Susan Arnold for your pleasure.
The poems, essays, films & photographs on this site are copyrighted and may not be reproduced without the author's go-ahead.
Write Bob or the Bookshop