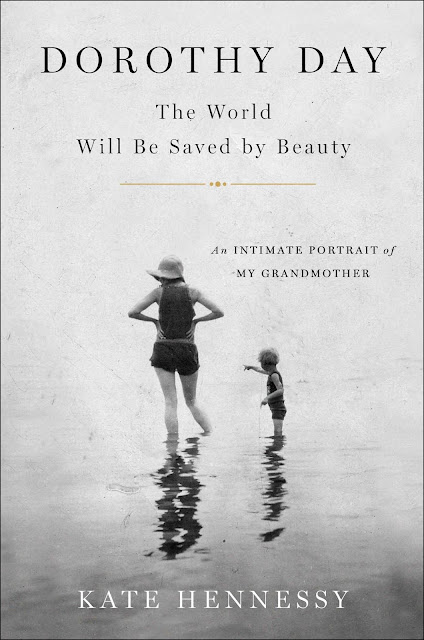 
No one but no one could have written this fascinating biography but a grand-daughter and a grand-daughter has. There have been many biographies and celebrations to the wonderful Dorothy Day over the years now, including by Robert Coles ( a beautiful mind barely ever mentioned any longer ) but there is something endearing and everlasting how a grand-daughter can circulate and write not only a biography from a personal perspective, but also

a universal scale, by a storyteller writing a passionate and even critical portrait of her grandmother, Dorothy Day, as well as Dorothy’s only child Tamar (the biographer’s mother) and also the author, a child then, bringing her own story
into the book. The biography becomes the story of three women’s lives, over a century long, cutting through some of the toughest ground of this country’s history: labor struggle, world wars, economic depression, civil rights, women’s rights, tattered joyous 60s, Presidential impeachment, Christian brotherhood, the Catholic Worker movement. Don’t go dummy or gummy on the word “Christian.” Here it means goodwill to all mankind. This sterling portrait will showcase how many people – often castoffs — others remarkable alongside them, and Dorothy Day, held their ground.

"Love, motherhood, religion — how many of us on finding ourselves embraced by any one of those would have stopped, rested, and remained? But this is the mystery of those forces that led her to go one step further, and another step, and another. And in one of the most grace-filled moments of a life full of grace, Dorothy finds herself praying to the Blessed Mother. Here I am — what would you have me do? Isn’t this that in-between time, that liminal space cherished by the Irish, the mysterious time of waiting and wandering? Isn’t it about hearing the call?"

Labels: Dorothy Day, Kate Hennessy, The Catholic Worker
Newer Posts Older Posts Home
Subscribe to: Posts (Atom)
A poem (or more) will be offered by the hour or with the day and at the very least once a week. So stay on your webbed toes. The aim is to share good hearty-to-eat poetry. This is a birdhouse size file from the larger Longhouse which has been publishing from backwoods Vermont since 1971 books, hundreds of foldout booklets, postcards, sheafs, CD, landscape art, street readings, web publication, and notes left for the milkman. Established by Bob & Susan Arnold for your pleasure.
The poems, essays, films & photographs on this site are copyrighted and may not be reproduced without the author's go-ahead.
Write Bob or the Bookshop