Resurrection (1980) tells the story of a woman who survives the car accident which kills her husband, but discovers that she has the power to heal other people. She becomes a rural celebrity, the desire of those in desperate need of healing, and a lightning rod for religious beliefs and skeptics. The film stars a terrific cast:  Ellen Burstyn, Richard Farnsworth, Roberts Blossom, Sam Shepard, and Eva Le Gallienne.

The movie was written by Lewis John Carlino and directed by Daniel Petrie.

It may seem hokey and cliched now, but the way Burstyn's character heals the little boy in the scene below (and the way Richard Farnsworth's character healed her), each with the attention of love, remains quite something. 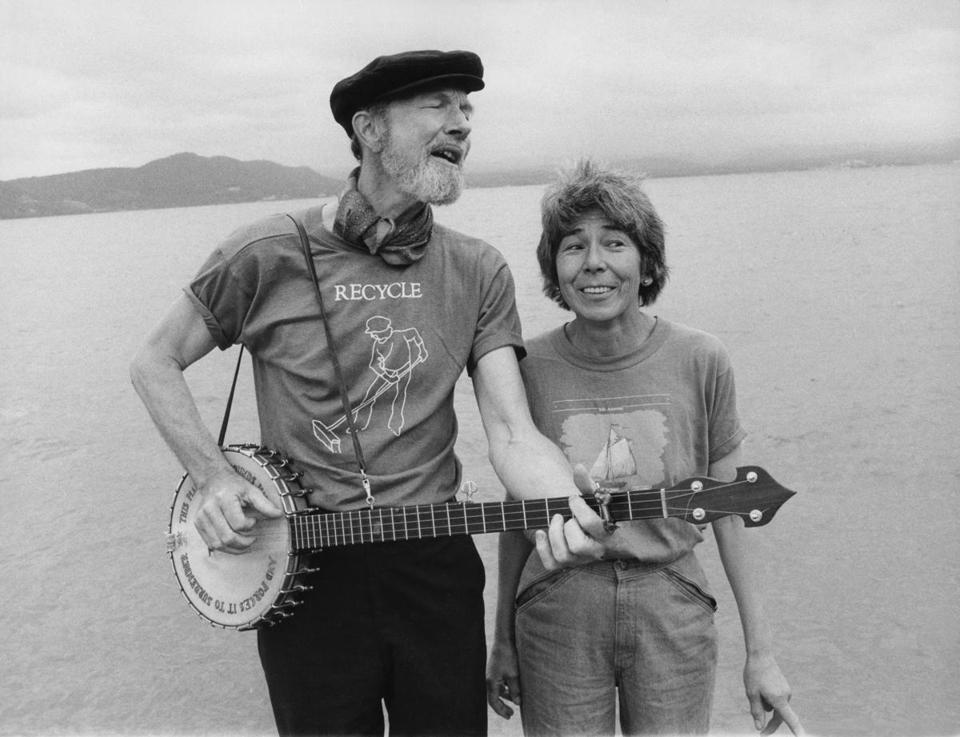 Pete and Toshi Seeger built a cabin by the Hudson River, where they lived in Beacon, N.Y.