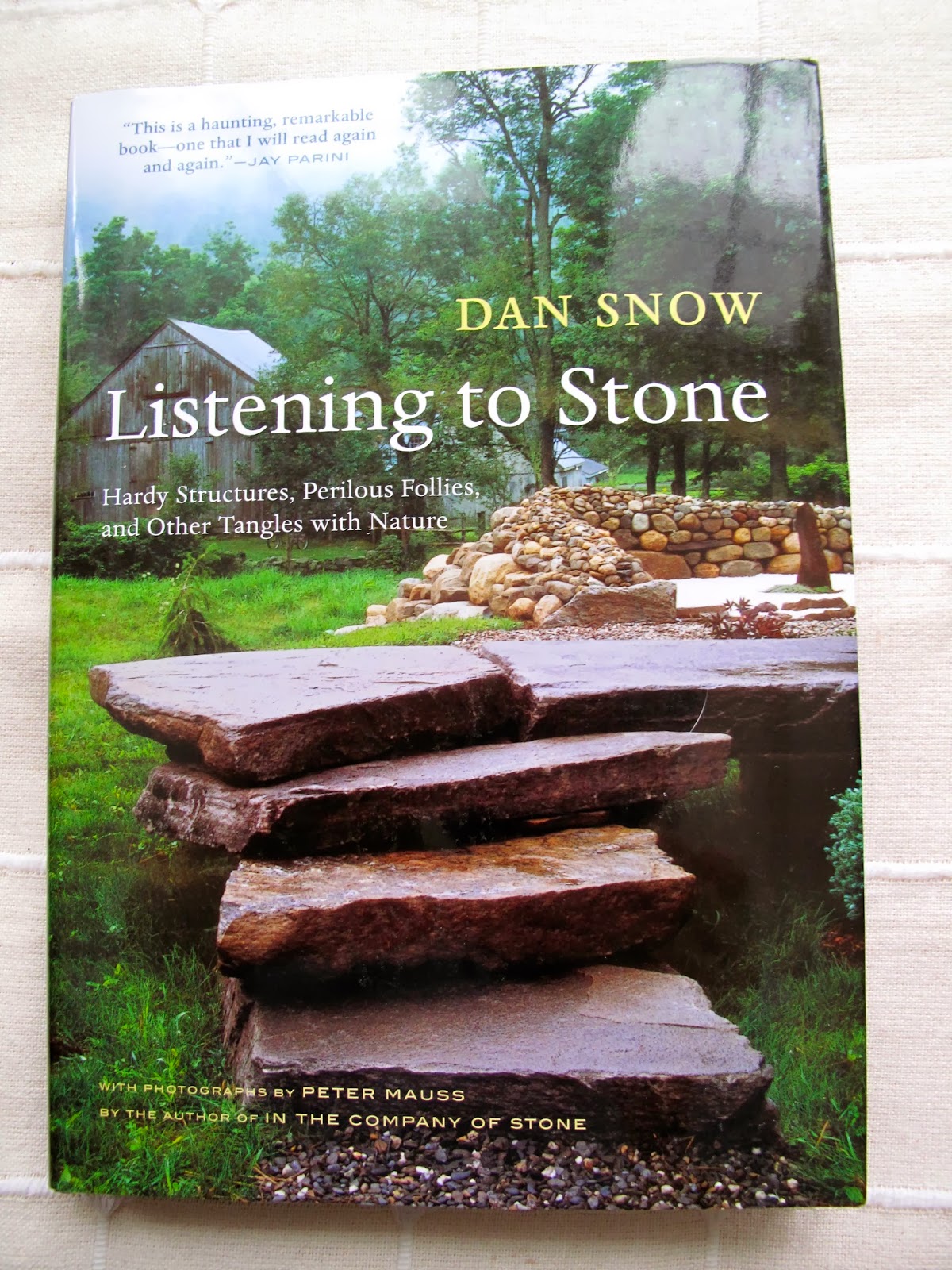 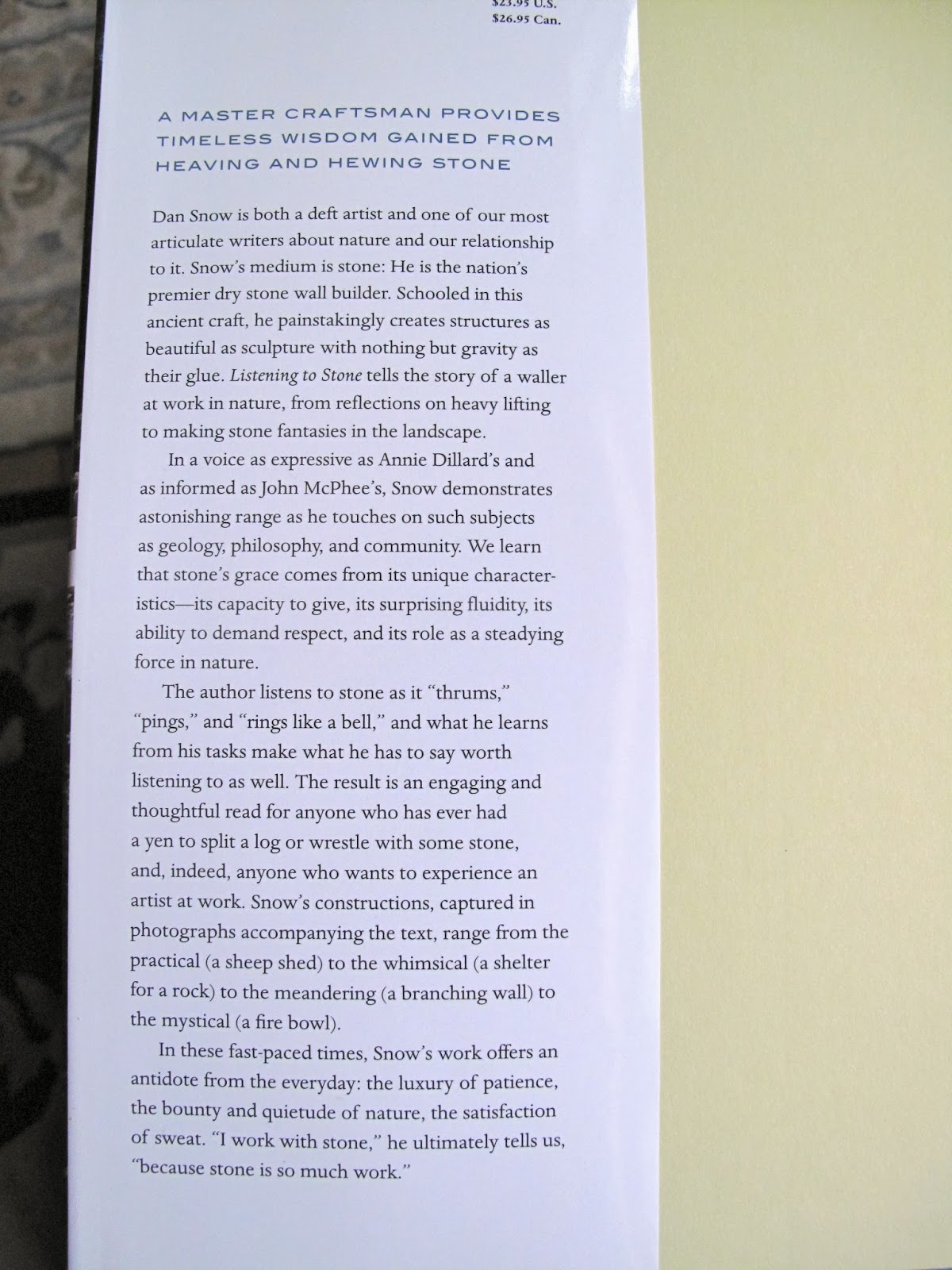 Dan Snow is a New England builder of stone walls and stone structures, also well known in the British Isles where he has practiced his trade.

This is the second of his two books on the trade, lush with landscape photographs from job sites, and both books are mandatory reading for the stone crazed one, builder of anything, seeker of the improved spot on earth. 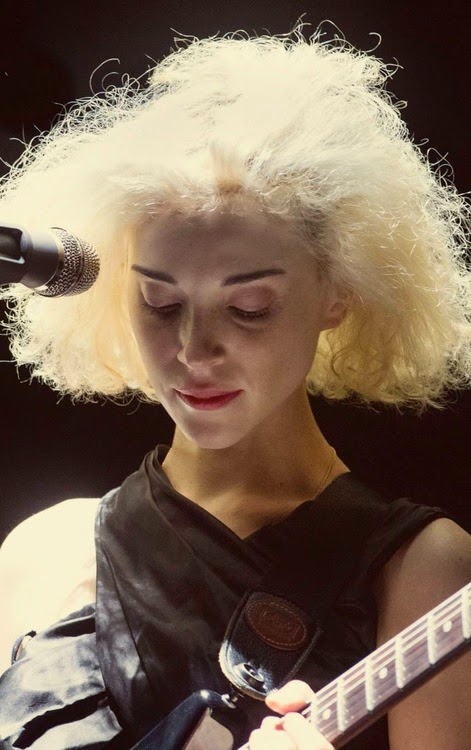 It wasn't going anywhere until Cat Stevens showed up and sounded like he had never left. The sincerity he spoke of his mother, and then his father, was quite moving in the supposed hotbed of sex drugs and youknowwhat. Then there was too much Springsteen, but a deserving nod to his spirited E Street Band. Finally, we got to a beat-up and perfect tribute to Nirvana, with its rainshadowy songs sung by a crew of women musicians from Joan Jett (right on the money) to a stage flopping Kim Gordon in a great dress & shiny boots, oz-haired Annie Clark, and closing with pink suited New Zealander, Lorde.
That made me look toward Monday.

Labels: Annie Clark, Rock and Roll Hall of Fame 2014
Newer Posts Older Posts Home
Subscribe to: Posts (Atom)
A poem (or more) will be offered by the hour or with the day and at the very least once a week. So stay on your webbed toes. The aim is to share good hearty-to-eat poetry. This is a birdhouse size file from the larger Longhouse which has been publishing from backwoods Vermont since 1971 books, hundreds of foldout booklets, postcards, sheafs, CD, landscape art, street readings, web publication, and notes left for the milkman. Established by Bob & Susan Arnold for your pleasure.
The poems, essays, films & photographs on this site are copyrighted and may not be reproduced without the author's go-ahead.
Write Bob or the Bookshop