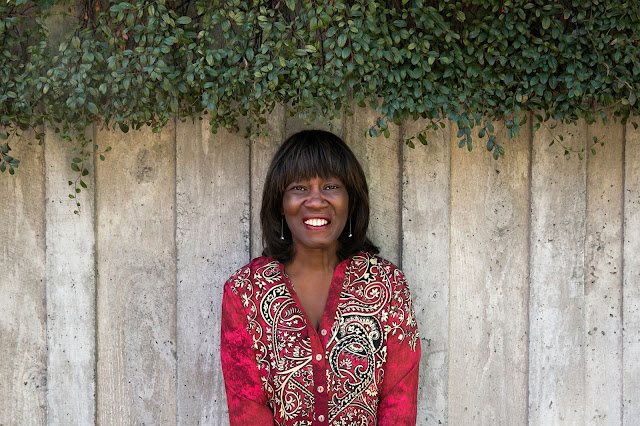 When Black Men Drown Their Daughters

When black, men drown. They spend their whole lifetimes
justifying the gall of springing the trap, the inconvenience
of slouched denim, of coupling beyond romance or aim.
All the while, the rising murk edges toward their chins.
Hurriedly, someone crafts another scientific tome, a giddy
exploration of the curious dysfunction identifying black
men first as possible, then as necessary. Elegant equations
succumb to a river that blurs quotient and theory, rendering
them unreadable, and the overwhelm easily disappears
the men, their wiry heads glistening, then gulped. All that’s
left is the fathers’ last wisdom, soaked wreckage on silver:
Girl, that water ain’t nothing but wet. I’m gon’ be alright.
When black men drown, their daughters turn to their mothers
and ask What should I do with this misnamed shiver in my
left shoulder? How should I dress in public? They are weary
of standing at the shore, hands shading their eyes, trying
to make out their own fathers among the thousands bobbing
in the current. The mothers mumble and point to any flailing
that seems familiar. Mostly, they’re wrong. Buoyed by church
moans and comfort food of meat and cream, the daughters
try on other names that sound oddly broken when pressed
against the dank syllables of the fathers’. Drained, with just
forward in mind, they walk using the hip of only one parent.
They scratch in their sleep. Black water wells up in the wound.
When black men drown, their daughters are fascinated with
the politics of water, how gorgeously a surface breaks
to receive, how it weeps so sanely shut. And the thrashing
of hands, shrieking of names: I was Otis, I was Willie Earl,
they called me Catfish. Obsessed by the waltzing of tides,
the daughters remember their fathers—the scorch of beard
electrifying the once-in-a-while kiss, the welts in thick arms,
eyes wearied with so many of the same days wedged behind
them. When black men drown, their daughters memorize all
the steps involved in the deluge. They know how long it takes
for a weakened man to dissolve. A muted light, in the shape
of a little girl, used to be enough to light a daddy’s way home.
When black men drown, their daughters drag the water’s floor
with rotting nets, pull in whatever still breathes. They insist their
still-dripping daddies sit down for cups of insanely sweetened
tea, sniffs of rotgut, tangled dinners based on improbable swine.
The girls hope to reacquaint their drowned fathers with the concept
of body, but outlines slosh in drift and retreat. The men can’t get
dry. Parched, they scrub flooded hollows and weep for water
to give them name and measure as mere blood once did. Knocking
over those spindly-legged dinette chairs, they interrupt the failed
feast and mutter Baby girl, gotta go, baby gotta go, their eyes
misted with their own murders. Grabbing their girls, they spit
out love in reverse and stumble toward the banks of some river.
When black men drown their daughters, the rash act is the only
plausible response to the brain’s tenacious mouth and its dare: Yes,
yes, open your ashed hands and release that wingless child. Note
the arc of the sun-drenched nosedive, the first syllable of the child’s
name unwilling from the man’s mouth, the melody of billow that
begins as blessed clutch. Someone crouching inside the father waits
impatiently for the shutting, the lethargic envelop, and wonders if
the daughter’s wide and realizing eye will ever close to loose him.
It never will, and the man and his child and the daughter and her
father gaze calmly into the wrecked science of each other’s lives.
The sun struggles to spit a perfect gold upon the quieting splash.
The river pulses stylish circles of its filth around the swallow.
___________________
Patricia Smith
from Incendiary Art
TriQuarterly Books / Northwestern University Press
2017

Labels: Patricia Smith, poetry
Newer Posts Older Posts Home
Subscribe to: Posts (Atom)
A poem (or more) will be offered by the hour or with the day and at the very least once a week. So stay on your webbed toes. The aim is to share good hearty-to-eat poetry. This is a birdhouse size file from the larger Longhouse which has been publishing from backwoods Vermont since 1971 books, hundreds of foldout booklets, postcards, sheafs, CD, landscape art, street readings, web publication, and notes left for the milkman. Established by Bob & Susan Arnold for your pleasure.
The poems, essays, films & photographs on this site are copyrighted and may not be reproduced without the author's go-ahead.
Write Bob or the Bookshop