When I look at Gerard Bellaart's artworks, I see three separate but integrated aspects of his mastery: the large paintings that bring a dream world out of hiding; the drawings and etchings that range in emotion from intense frenzy to delicate contemplation both in subject matter and technique; and the inked printings of various kinds -- such as the "fragmentations" and "stenciled texts," as he calls them -- which strike the eye with brilliant motifs based on ideas taken from literary sources.


With an artist as prolific as Bellaart, it is easy to lose sight of what he is best at or what he himself may consider the summit of his achievement. From the sheer number and size of his most recent paintings, it would be reasonable to say they are his most important works not only because he has devoted so much energy to them but because they are the most ambitious. The paintings of the last dozen years or so deepen and broaden themes that have persisted from the beginning. They recapitulate and summarize on a more elaborate scale his vision of a cryptic world already recognizable in many of the smaller works going as far back as his etchings of the 1970s.

Bellaart's drawings look spontaneous, and I have no doubt that many of them are, but you can be sure they are supported by years of preparation. His explorations evolve from one to another with a freewheeling ease that could only come from the exacting skill of a draughtsman who has been deeply trained. And while the subterranean creatures of his paintings may differ in magnitude and degree of abstraction from the figures in his drawings, their similarity is obvious.

If I had to single out what I find most appealing in Bellaart’s work, a difficult if not impossible task, it is his portraiture. The portraits capture their subjects with a psychic acuity that brings their interior moods to the surface. It seems to me each one is a reflection of Bellaart himself, not in their likenesses (which are in fact tellingly accurate), but in their modes of expression. For example, the portrait of Willem de Kooning, whom Bellaart reveres, is drawn with a line as sensitive as a poem by Keats. The dual portraits of William S. Burroughs exhibit polar sides of Burroughs’s personality -- one demonic, the other pensive -- with opposing techniques suggesting brutal cruelty and thoughtful reflection.

The portrait of Roger Blin, a favorite of mine, personifies a freely flowing exuberance that is at the same time deadly serious, a description also applicable to Bellaart. But the most mysterious portrait is the one that he drew of himself in 2013. He calls it “a furtive self portrait,” indicating something oblique about it. What it suggests to me in its surprising but subtle likeness is a secret identity that dates back centuries, perhaps to the 15th-century Dutch printer-artist Jacob Bellaert from whom he is descended.

Bellaart has never wanted to be famous. One could even say the protean nature of his output has helped keep it that way by muddling his artistic identity. But, in fact, he has always appreciated being unknown, taking as his credo what the 19th-century Belgian printmaker and artist Felicien Rops said: “The idea of being known repels me. I value my obscurity; I have turned it into a trait.” And so it remains. 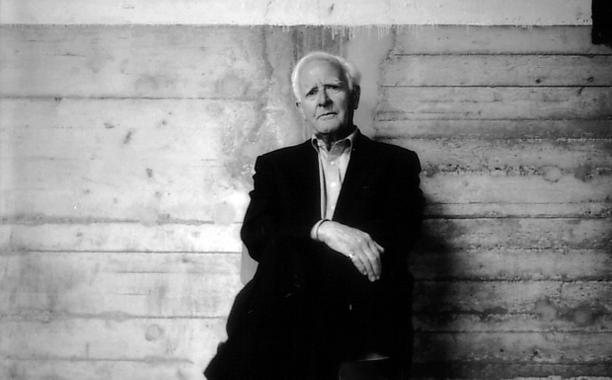 
I didn't want this brambly book to end — brambly because we end up everywhere this spy master in his memoir and essays and asides-of-a- sort takes us. Deep into Russia, of course, and Palestine, Israel, forever Germany. Spies just love Germany to this day, it must be the weather, the aura, the type of cities, the names of the cities. As Walter Benjamin would remind us, "More quickly than Moscow itself, one gets to know Berlin through Moscow." And le Carre, master of espionage looks like a spy, even though he claims he has been out of that business since he was about 30, showing forth with his third novel and most known The Spy Who Came in from the Cold (1963) . When he comes to America it is Hollywood. He writes that of all the films made from his good books, his favorite films were the ones that were almost made from his books. It takes a long time to finish this book of just 300 pages because you are going to be sent into every corner. The author's father was a con man, or a saint, depending. His mother never hugged him, the con man (saint) did. He writes well of spies, betrayal, the degree of research into his books which takes him into dangerous places where I bet Philip Roth has never been. There is almost a medical precision to every piece even though the author looks comfortable and casual in his suit without a tie, sitting in a simple chair, on concrete against a concrete wall, arms and legs crossed, a pinkie ring on one hand while awaiting interrogation. It could have been a more normal and long-winded and gallant book. That it comes brambly may mean the author isn't giving away all the secrets. 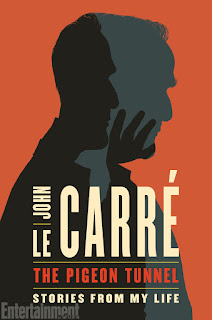 Labels: John le Carre, The Pigeon Tunnel
Newer Posts Older Posts Home
Subscribe to: Posts (Atom)
A poem (or more) will be offered by the hour or with the day and at the very least once a week. So stay on your webbed toes. The aim is to share good hearty-to-eat poetry. This is a birdhouse size file from the larger Longhouse which has been publishing from backwoods Vermont since 1971 books, hundreds of foldout booklets, postcards, sheafs, CD, landscape art, street readings, web publication, and notes left for the milkman. Established by Bob & Susan Arnold for your pleasure.
The poems, essays, films & photographs on this site are copyrighted and may not be reproduced without the author's go-ahead.
Write Bob or the Bookshop