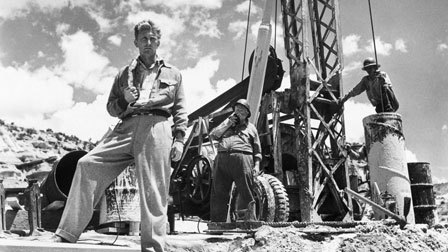 KIRK DOUGLAS
is 100 Years Old Today
Give it up!
Here is one of his best films to watch

Billy Wilder’s Ace in the Hole is one of the most scathing indictments of American culture ever produced by a Hollywood filmmaker. Kirk Douglas gives the fiercest performance of his career as Chuck Tatum, an amoral newspaper reporter who washes up in dead-end Albuquerque, happens upon the scoop of a lifetime, and will do anything to keep getting the lurid headlines. Wilder’s follow-up to Sunset Boulevard is an even darker vision, a no-holds-barred exposé of the American media’s appetite for sensation that has gotten only more relevant with time. 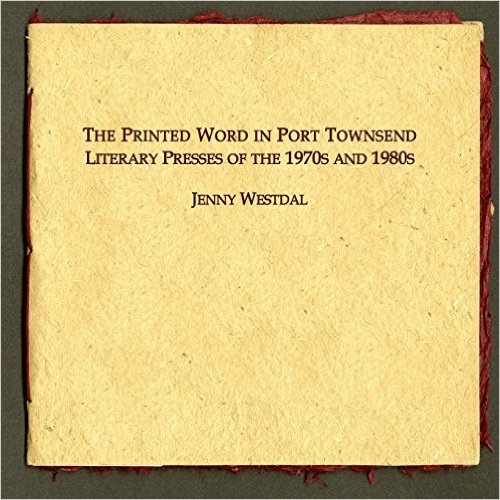 "In the 1970s and 80s a beautiful forgotten, small town on the Olympic
Peninsula, Port Townsend, Washington, was the sight of an unusual
literary blossoming. Writers, most of them young, had started migrating to
the area in the aftermath of the sixties. The Centrum Foundation's
Writers' Conference was established and Copper Canyon Press found a
home with them. Other small presses started soon after.

In 1984, only New York City received more National Endowment of the
Arts awards to literary presses than Port Townsend There was more than
one publisher for every 850 people of the population.

This is the story of seven of Port Townsend's presses, the people behind
them, and the magical time and place where they came into being."

A good friend I know and who knows me knew to send me a gift of this book for Christmas.

Merry Christmas! indeed, I sat down that evening and enjoyed myself thoroughly with an
easy going and beautifully networked community of small press publishers, many starting out cutting their printing teeth on the heavy iron works of letterpress.

These were splendid dreamers and the heart of publishing history that would have not proceeded without such dreamers.

Keep that in mind today if you are feeling down in the dumps in these times — find a letterpress, any press, and learn the hardwork and core of publishing the writings of someone you believe in.
It never gets old.

Labels: Finn Wilcox, Jenny Westdal, Michael Daley, Mike O'Connor, Pat Fitzgerald, Poetry Presses, Port Townsend, Sam Hamill, Tim McNulty, Tree Swenson
Newer Posts Older Posts Home
Subscribe to: Posts (Atom)
A poem (or more) will be offered by the hour or with the day and at the very least once a week. So stay on your webbed toes. The aim is to share good hearty-to-eat poetry. This is a birdhouse size file from the larger Longhouse which has been publishing from backwoods Vermont since 1971 books, hundreds of foldout booklets, postcards, sheafs, CD, landscape art, street readings, web publication, and notes left for the milkman. Established by Bob & Susan Arnold for your pleasure.
The poems, essays, films & photographs on this site are copyrighted and may not be reproduced without the author's go-ahead.
Write Bob or the Bookshop