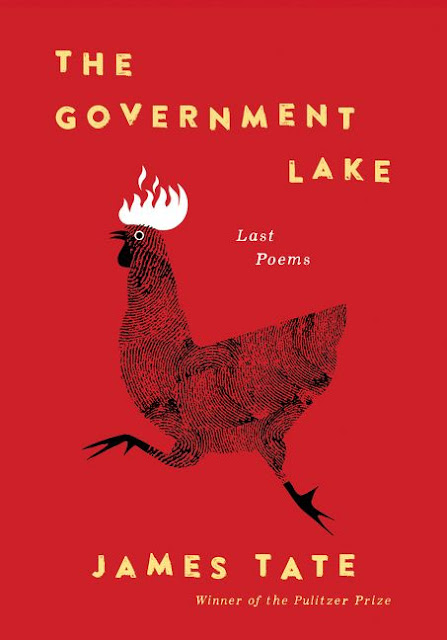 BY JAMES TATE
The way to the toy store was blocked by a fallen tree
in the road. There was a policeman directing traffic down a
side street. I asked him, “What happened?” He said, “Lightning
in the night.” I took the turn and drove down the street
looking for a way to turn back. Other streets were blocked by
fallen trees, and I couldn’t find a way back to the toy store.
I kept driving and soon I was on the outskirts of town. I
got on a highway and drove, soon forgetting the toy store and
what I was supposed to get there. I drove on as if I was hypno-
tized, not noticing the signs for turnoffs. I must have driven
a couple of hours before I woke up, then I took the next exit
and had no idea where I was. I drove down a straight tree-lined
lane with farm houses on either side. There was a lake at the
end of the lane. I pulled over and parked. I got out and
started walking. There were several docks along the shore.
I walked out on one and watched the ducks swimming and diving.
There was something bobbing in the middle of the lake. I stared
at it for a long time before I realized it was a man’s head.
Then, a moment later, it was a coconut. No, it was an old tire
floating right side up. I gave up and started following the
ducks. They would suddenly fly up and circle the lake and
come down and splash land again. It was quite entertaining.
A man walked up behind me and said, “This government lake is
off-limits to the public. You’ll have to leave.” I said,
“I didn’t know it was a government lake. Why should it be
off-limits?” He said, “I’m sorry. You’ll have to leave.”
“I don’t even know where I am,” I said. “You’ll still have
to leave,” he said. “What about that man out there?” I said,
pointing to the tire. “He’s dead,” he said. “No, he’s not.
I just saw him move his arm,” I said. He removed his pistol from
his holster and fired a shot. “Now he’s dead,” he said.

Labels: James Tate (last poems), Matthew Zapruder
Newer Posts Older Posts Home
Subscribe to: Posts (Atom)
A poem (or more) will be offered by the hour or with the day and at the very least once a week. So stay on your webbed toes. The aim is to share good hearty-to-eat poetry. This is a birdhouse size file from the larger Longhouse which has been publishing from backwoods Vermont since 1971 books, hundreds of foldout booklets, postcards, sheafs, CD, landscape art, street readings, web publication, and notes left for the milkman. Established by Bob & Susan Arnold for your pleasure.
The poems, essays, films & photographs on this site are copyrighted and may not be reproduced without the author's go-ahead.
Write Bob or the Bookshop