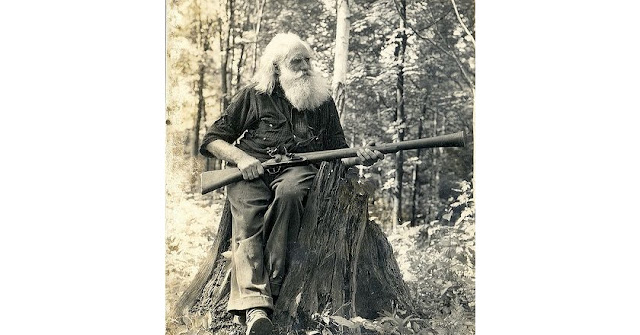 Uncle Jack is what the young kids

Around here call him, even though he
Isn’t really their uncle but rather
Their own parents’ uncle and usually
They just called him Jack. His name
Doesn’t come up too much when I’m
Working with my neighbors.
There are three houses of the same family
Up the dirt road running alongside
French Brook. The brook eventually
Climbs higher into the next town of
Cheshire and Jack drinks from this brook.
The dirt road winds around Church Mountain
And swings back into the village
Passing through the covered bridge
And over the waterfall,
Forks then into two roads like a wishbone
That provides travel for a dozen families.
They hardly ever come down our road
Which follows the river, and I don’t
Think anyone knows Jack Belden up there.

The three houses on Jack’s back road
Are the homes for two of his nephews
And his sister; Jack’s small trailer
Is hidden in a hollow from them all.
He never married, doesn’t own a car,
Hikes to Brattleboro 12 miles away or
Picks up a ride with the rural mailtruck.
One day walking home from work
I was 500 feet behind Jack who had just
Left the mailtruck in the covered bridge
And was stalking down the muddy river road.
Middle of the season. A warm day.
The buckets on the roadside maples
Brimming with sap.
A mile down the road
And still a distance between us
I watched him abruptly stop,
Look both ways (but not behind him),
Let down his burlap sack of groceries
From his shoulder, then walk to
One of the trees and remove a bucket,
Drink for a good half-minute
Wipe his mouth with his sleeve
Hang the bucket back
Then continue the remaining mile to home.
I thought all about that yesterday —
It was eight years ago. He was 75 years old.

Today I’m tapping the same trees
On the farmer’s land Jack drank from.
The mud is deep and the day is warm,
Not much has changed.
But I heard and couldn’t believe
That Jack has been in the hospital
Since January, the month we broke
All records for freezing temperatures.
I recall one night sitting with neighbors
Already reminiscing about
The headaches of busted water pipes
Depleting cordwood and icy roads,
But no talk about Jack —
The whiskered old man who walks.
Everett, his nephew, told me
As we filled our aprons with tap spouts
That Jack’s gas ran out in the trailer
During one of those real cold nights.
30 below. His feet froze.
They amputated the gangrene from all his toes.
Shut out all the lights to any more walking.

I wonder what this all means —
We worry about water pipes bursting,
But a quarter-mile away
Jack loses his toes.
It wasn’t brought up at town meeting this year.
Jack’s photograph doesn’t grace
The inside town report bulletin
As one of the patriarchs of Guilford.
Yet, he knows his territory —
Takes a leak outside his trailer door
Like any liberated yankee.
Quietly living so that you
Don’t know that he lives.
Showed me once how to
Crush an early shad bud
Between my fingers
For the first scent of spring.

Labels: Bob Arnold, Vermont, Where Rivers Meet
Newer Posts Older Posts Home
Subscribe to: Posts (Atom)
A poem (or more) will be offered by the hour or with the day and at the very least once a week. So stay on your webbed toes. The aim is to share good hearty-to-eat poetry. This is a birdhouse size file from the larger Longhouse which has been publishing from backwoods Vermont since 1971 books, hundreds of foldout booklets, postcards, sheafs, CD, landscape art, street readings, web publication, and notes left for the milkman. Established by Bob & Susan Arnold for your pleasure.
The poems, essays, films & photographs on this site are copyrighted and may not be reproduced without the author's go-ahead.
Write Bob or the Bookshop