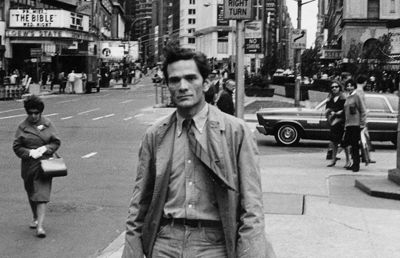 
Behold those times re-created by
the brutal power of sunlit images,
the light of life's tragedy.
The walls of the trial, the field
of the firing squad; and the distant
ghost of Rome's suburbs in a ring,
gleaming white in naked light.
Gunshots: our death, our survival.
Survivors, the boys enter a ring
of distant buildings in the harsh
color of morning. While I, in the pit
of today, have a kind of snake in my guts,
twisting about, and a thousand tears
dripping from every point in my body
from my eyes to my fingertips,
from the roots of my hair to my chest.
My weeping knows no bounds: it wells up
before I can understand it, almost
preceding the sorrow. I don't know why
I'm wracked by all these tears as I glimpse
that group of boys walking away
in the harsh light of an unknown Rome,
a Rome just resurfacing from death,
surviving with all the magnificent joy
of gleaming white in the light,
full of its immediate destiny
as postwar epic, of brief years
worth a whole lifetime.
I see them walking away, and it's quite
clear that, as adolescents, they're on the road
of hope, in the midst of ruins
engulfed in a whiteness that is life,
almost sexual life, sacred in its misery.
And as they walk away in the light
I shudder, on the verge of tears: Why?
Because there is no light
in their future. Because there's only
weary backsliding, only darkness.
They're grown up now. They've lived
their dreadful postwar years
of corruption engulfed in light
and now they surround me, poor men
for whom every agony proved useless,
servants of time, at a moment
when we awake to the painful surprise
of learning that all that light
for which we lived was only a dream,
unjustified, unobjective, wellspring
now of lonely tears of shame. 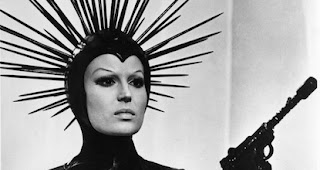 Labels: Duilio Pallottelli, James Ivory, Pier Paolo Pasolini, poetry, Stephen Sartarelli
Newer Posts Older Posts Home
Subscribe to: Posts (Atom)
A poem (or more) will be offered by the hour or with the day and at the very least once a week. So stay on your webbed toes. The aim is to share good hearty-to-eat poetry. This is a birdhouse size file from the larger Longhouse which has been publishing from backwoods Vermont since 1971 books, hundreds of foldout booklets, postcards, sheafs, CD, landscape art, street readings, web publication, and notes left for the milkman. Established by Bob & Susan Arnold for your pleasure.
The poems, essays, films & photographs on this site are copyrighted and may not be reproduced without the author's go-ahead.
Write Bob or the Bookshop