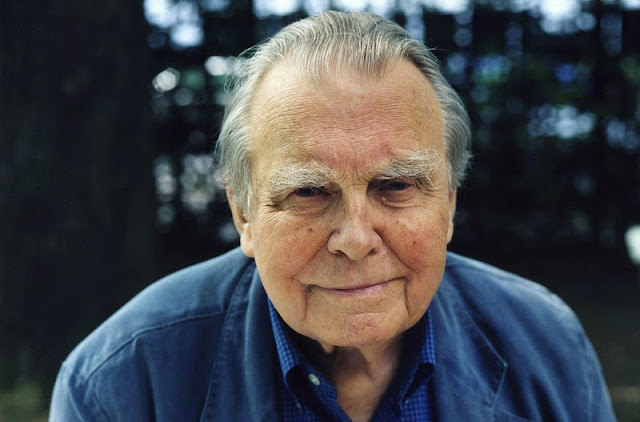 Did I fulfill what I had to, here, on earth?

I was a guest in a house under white clouds

Where rivers flow and grasses renew themselves.

So what if I were called, if I was hardly aware.

The next time early I would search for wisdom.

I would not pretend I could be just like others:

Only evil and suffering come from that.

Renouncing, I would choose the fate of obedience.

I would suppress my wolf's eye and greedy throat.

A resident of some cloister floating in the air

With a view on the cities glowing below,

Or onto a stream, a bridge and old cedars,

I would give myself to one task only

Which then, however, could not be accomplished.

Terrence Des Pres, writing in the Nation, stated that "political catastrophe has defined the nature of our . . . [age], and the result—the collision of personal and public realms—has produced a new kind of writer. Czeslaw Milosz is the perfect example. In exile from a world which no longer exists, a witness to the Nazi devastation of Poland and the Soviet takeover of Eastern Europe, Milosz deals in his poetry with the central issues of our time: the impact of history upon moral being, the search for ways to survive spiritual ruin in a ruined world."

Winner of the Nobel Prize for Literature in 1980, Czeslaw Milosz was born in 1911 in Lithuania where his parents had moved to escape the political upheaval in their native Poland — the poet later left Poland himself due to the Communist regime that swept to power following WW2. He eventually settled in the United States in 1960 and became an American citizen in 1970. For decades he taught at the University of California Berkeley. His books of poetry, prose and historical importance took awhile to be known in the US, but now they are more than secure.