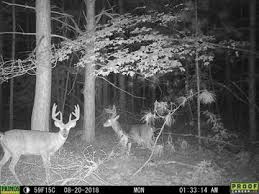 A beautiful pickup truck with the fanciest side mirrors

on both doors. It seemed like 3D. This is the truck the

heavy set worker arrived in. The t-shirt was gray and

molded over a barrel chest and double barrel gut. The

arms the size of my thighs. Something happened along

the years because he couldn’t hide the limp. He was

coming to measure up a wood pellet furnace. I could

tell he didn’t know all that much about the furnace

except he burned pellets in his own wood pellet stove.

He knew the pellets were shipped to the northeast

from the Rockies, Pennsylvania and somewheres in

Canada. Canada always gets a “somewheres”. It’s a big

place. Since he didn’t know much about pellets, and

his body was a steady worker’s, I asked him what he

did before pellets. Farmer. One word sufficient. But

I suddenly loved the word more than ever.

He said he once had a farm called River Maple. And I

large barn sign for this place and always wondered why

it wasn’t Maple River. Well, which came first: the river or

the maple? he asked me. I said, The river — it feeds the

maples to grow. He smiled at that, as if his grandfather

who gave the farm this name once explained it to him

this way when he was a boy. Yes, he suddenly looked

boyish as we said goodbye when he left.

July in the Sun

We pick blueberries this way —

I wear jeans and t-shirt

you wear a pretty dress

the rest is easy

He’s hobbled around on one good leg and

The other fake leg for nearly forty years —

That’s what his government gave to him

No one could give him the tenacity to survive

He did that all on his own, plus with

A monthly pension paid by the same government

The best thing that ever happened, is how

He sized his injury up — a hard drinker’s grin

One leg for all these years paid income. Not bad!

He’s built his own spot in the woods

Does everything another seems to be able to do

And maybe she’s a wife or a girlfriend

But she looks very close to dying —

I didn’t have the heart to ask her story