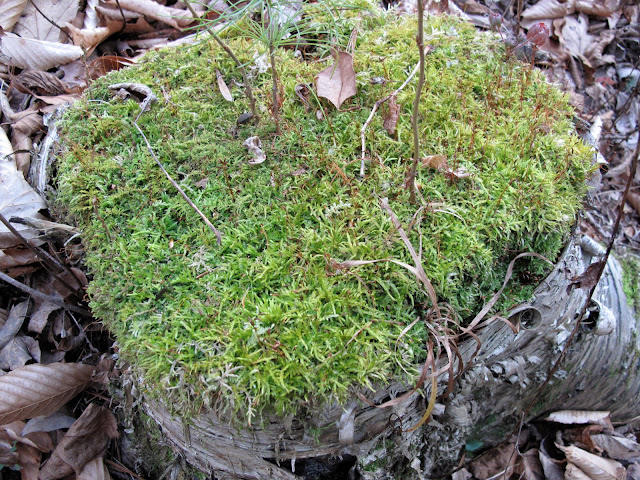 Here we are in that schizophrenic month of April. Whether it's the cruelest month in New England, or 'poetry month' (too bad poetry enthusiasts only want to celebrate one month!), it has been, already, one crazy spring (adding a little March with all of April).


Today we were raking every spot in a large yard where the snow has disappeared, melted, vanished, soaked into the softening ground. A bunch of snow is still around but we're working the opened yard. The work was going along very well for a few days, then two days ago came enough snow to cover every part of the earth we could see. All over again. Good ol' cuckoo April. We knew it should melt off if the next day broke some warmish sunshine but on snow day it didn't creep out of the low 30s. Pathetic. April just doing what April has always done all my New England life — acted the way it wanted to. It's getting rid of vast miles and ranges of snow and having to have mud up in its mouth and ears and nose so it can do just what it pleases. So relax. Summer could be boiling.


We're raking around a large flat stone my son and I put down after one of our great dogs died. Aren't all our dogs great? Of course they are. Yours and mine. We wept over this dog's passing worse than any person who has yet died in our lives. I think that's because a dog often comes with joy, or for healing, or for true companionship — when the dog often does what we say. A true companion. A humble guest. A dog's passing also allows passage for all those others we couldn't cry for, either because it wasn't in us and should have been, or we didn't know quite yet how to appraise and weep properly. I mean, with a dog, we are losing maybe the closet living being to ourselves. Or the dog was a gift. Or, as it happens, the dog was bought as a puppy for a child and lived the lifetime of the child at home and then passed away as the child was starting to think of leaving home. It's a loss beyond words. So we weep. Maybe for some years.


I know when we rake around this grave we say hello to our old pal. Aloud.


Aloud is quite something. To hear a voice. Yesterday, between the recent snowfall and this raking today we climbed a mountain we often climb and like a lot. I had a little birthday party up there last summer and maybe you saw the film? Well, we've been climbing up there every week ever since. The party was me, she, a chocolate cake, candles, matches, and the mountain. A river in the distance. Clouds. Sunshine. Breezes. Falling pine needles. Fellow climbers we didn't know, didn't matter. It was a party.


On the way back down the mountain on the woods trail yesterday I could see a young family coming our way: mom, dad, little boy, a little older girl. We met the boy first who stood himself right off the trail so we could pass. I remember being that little boy myself — getting a little higher up off the trail and then sneak a peek at just who these people are who are passing. He's wearing a pirate bandana and she's in an orange flying skirt, I must have a look, the little boy seems to be saying as I get closer to him. Right up close, and not wanting to frighten him, I stop a moment, smile, and ask the boy, "How're you doin'?" He stands fast, hands behind his back, studies me quite a bit like my own cat back at home does, and then says, "I'm climbing the mountain."


"I'm climbing the mountain." Said so beautifully matter-of-fact and all his. As it should be.


The boy was seven or eight years old. All in dark blue, no hat, brown blowing hair, jacket zipper all the way up.


He's exactly the same age as the children massacred at the school in Newtown, Connecticut. I looked at the boy and replied, "I know you are, and that's great."


I turned away down the trail and smiled at his approaching and glowing family.