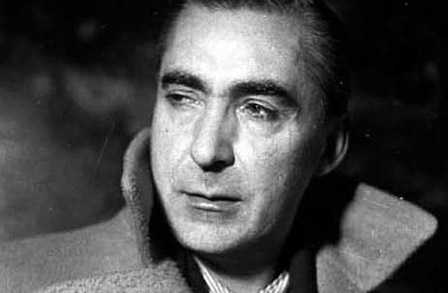 China is made of earth, of sun-dried mud.
In this part of China everything is made from the earth:
the houses, the walls around cities, and villages,
the tombs scattered over the countryside.
Even the people.
There are hills below that appear to be piles of mud
set out to dry in the sun, naked,
without a single tree or bush.
They crowd around the landscape
like the coils of bulging intestines
tossed on the ground outside butchers' shops,
slowly unraveling.
Sometimes we fly so low that we almost touch them.
And then I notice that the wind has brushed
some kind of pattern into the earth: a mysterious alphabet
written in the mud,
struggling to communicate something precise.
But there is not a single animal
or human being in the yellow desert below.
Not a single village.
Suddenly we are landing: Xian,
the geographic center of China,
where Chinese civilization was born,
in the cradle of the Yellow River.
In front of the terminal,
three children are playing with a lump of earth:
they are bundled up in jackets
and brightly printed cotton trousers.
I join them in their game
until a young woman comes out of the terminal
to call me in for dinner.
One of the children grabs me by my overcoat,
to keep me from leaving.
So do the other two, clinging to me,
asking me not to go.
The young woman comes out again,
and yells at them to stop.
They let go, disappointed.
One of them calls to me as I turn away:
Come back soon!
We eat quickly and then prepare to take off for Lanchow.
My three new friends wave goodbye to me. The littlest one
gives me a present: a pebble,
a precious gift.
In this part of China there are no stones.
You have to go to Karelia to find stone,
very far north; or to the Caucasus;
or to southern Siberia, along the slopes of the Pamir,
slanting toward the steppes of Central Asia.
I put the pebble in my pocket,
to take back home, to show what a precious gift
I was given by a little Chinese girl: a pebble
from the cradle of Chinese civilization.
A civilization made of earth,
a civilization without bones,
without a skeleton for support.
A civilization of assembled customs,
which suddenly unravel,
dissolving into thousands of separate gestures,
thousands of calligraphic icons,
thousands of smells, colors, flavors,
thousands of different shades. And then just as suddenly
they solidify again into tradition, memory, habit.
It is this absence of stone, of solid, durable material,
which makes China such an exquisite thing.
Everything is reflected:
an unimaginable number of movements,
of patterns, thoughts, images,
of which we see the copies in immense numbers,
but never the originals.
The originals were destroyed long ago.
Here are the four elements out of which China is made:
Earth, Wood, Porcelain, Silk.
The most durable of these is Silk.
I should add a fifth element: Poetry,
which is the most durable of all. 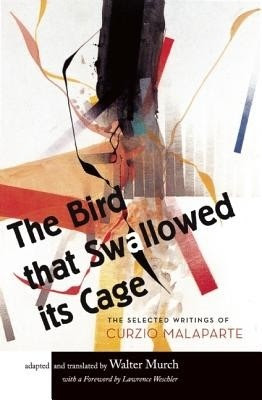 Labels: Curzio Malaparte, Walter Murch
Newer Posts Older Posts Home
Subscribe to: Posts (Atom)
A poem (or more) will be offered by the hour or with the day and at the very least once a week. So stay on your webbed toes. The aim is to share good hearty-to-eat poetry. This is a birdhouse size file from the larger Longhouse which has been publishing from backwoods Vermont since 1971 books, hundreds of foldout booklets, postcards, sheafs, CD, landscape art, street readings, web publication, and notes left for the milkman. Established by Bob & Susan Arnold for your pleasure.
The poems, essays, films & photographs on this site are copyrighted and may not be reproduced without the author's go-ahead.
Write Bob or the Bookshop