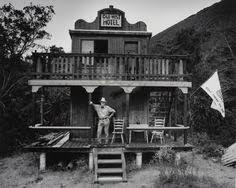 Because I believed in what I saw

Panels welded on as thick plate iron.
Native picked it up from another

Backwoods boy who bought it for $200

Doesn’t seem too troubled by the math since

He had it paid off in a week hauling salvage.

Today we are hauling salvage, but instead of

Cleaning it out of the lower pasture and

Getting  it off to a recycling plant in a

Far off town, nothing is working right.

The loader is broken down mid-pasture, its

Bucket jawed-open in the air.  The dumpsters

Have never been delivered and there’s people

In town who want this place condemned now.

Native’s got cars and trucks and more junk

Already filling an upper pasture, and since

No jurisdiction has been indicated by the

Town by-laws against that pasture, we heap

Four circus loads of junk this afternoon and

Watch its delivery go to the upper pasture

Hearing its grumble roll off up there.

So much for progress — which means

Someday it will all have to be picked

Up again — maybe not by Native and

His bunch, but a cleanup crew that will

Be hired by the town, with taxpayers’

Money (some of it mine), to load it all

Up once more and make these

Not on your life.

If it’s not a junkyard — then it will be real estate.

If it’s real estate — it will be a few new

Once made of potatoes and cattle and a few

By oil spills, junk metal and pallets of old

Batteries clumped into a landfill.

For the past four hours we have been

Bumpers, a Canon copier and Coke

Machine rolled up onto the flatbed.

It has nothing to do with mechanics and

Everything to do with making a living the

In another era the king-size flatbed would

Be carting a towering hold of new baled

Hay fresh cut off the neighborly fields and

From these pastures — cowbirds following —

The sting of sunburn and sharp prick nettles

A pecker wet sweat work as the load swayed

Across the road and down dipped into

The dooryard toward the barn and

But since then it’s been a new dawn —

The barn has burned down and what

Was once grassland has been spoiled.

While the old farmer that sold the place

Refuses to return for a visit.

Clayton, who I haven’t

Spoken to for almost a

Lifetime, I read he shot

A deer first weekend of

Hunting season and the

Can’t help but think of

The youngster next town

Over who was pictured in

The newspaper with his

To have his arms around

Clayton used to hate me

For my long beard and years

Later when I went to the river

And cut it off, threw it in,

I noticed right after Clayton

Had started one of his own

But we wouldn’t see one

Another until a long time

After that and to this day

I don’t think he even

Knew who I was — talking

I come from suddenly showing

Up in the road where he is

Running his tractor for the

Town chopping down brush but

He stopped a moment when I

In signing a petition to help

Save the village covered bridge —

The bridge he drove over since

A boy on sled, manure spreader,

Hell no! how’d I get logs

Over if we don’t finally get

Rid of that bridge and put in

Something that makes sense

Is how he waved-off looking

At me,  knowing he’d seen me

Somewhere but chewing the

Short hairs around his lips

He can’t remember where or

How so many years ago we killed

In cement to spread, tap pails

Those cold blue mornings in the

Over a dropsy tractor and day begins

When at first cough of a greasy

Exhaust is all that spoils the air

Labels: Bob Arnold, Vermont`, Yokel (Longhouse)
Newer Posts Older Posts Home
Subscribe to: Posts (Atom)
A poem (or more) will be offered by the hour or with the day and at the very least once a week. So stay on your webbed toes. The aim is to share good hearty-to-eat poetry. This is a birdhouse size file from the larger Longhouse which has been publishing from backwoods Vermont since 1971 books, hundreds of foldout booklets, postcards, sheafs, CD, landscape art, street readings, web publication, and notes left for the milkman. Established by Bob & Susan Arnold for your pleasure.
The poems, essays, films & photographs on this site are copyrighted and may not be reproduced without the author's go-ahead.
Write Bob or the Bookshop