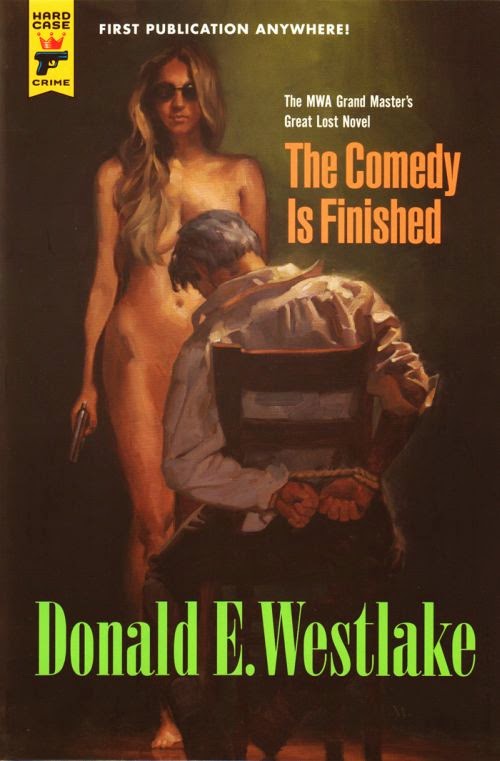 Here's the new order of business in case you haven't been paying attention — "get reading!"  The Guardian after the death of Gabriel Garcia Marquez lists five books you must have under your belt if you wish to proceed onward toward the inevitable end of the earth since, supposedly, the oceans are dying. When they go — we go. I do pay attention to that. But I was reading, madly, before this announcement of doom.

Get cooking because Marquez wrote long journey books. I'll go back and maybe even reread one of the Marquez classics. I read all the books when they first appeared, but News of a Kidnapping (1996) dealing with Colombian drug dealer Pablo Escobar's Medellín Cartel in the 1990s, is beckoning in these times. Proceed and read all your Kafka, Faulkner, Cormac McCarthy, Thomas Bernhard, Flannery O' Connor. It's Julia Roberts, who blurts out of the blue, in character, in the much under appreciated film August: Osage County, the name of Carson McCullers. One more little-read author to make a second coming. Take note that Sam Shepard is the troubled alcoholic poet in the film, and of late, Shepard has been showing up in a bit longer cameo portions in films not adding all that much but he's used wisely, like tinctures of seasoning, in this film. Time to re-read True West, Buried Child, the man's singular travel essays? He likes to travel solo, on the ground, with wheels.

While you pencil in names to get-reading with, don't balk or hesitate or think you're slumming it with Donald Westlake. You should already be on the road to ruin having read all his novels and chief character "Parker" through the Westlake penned "Richard Stark" novels. I've lost count now who has been re-issuing what and when after Westlake's death a few years ago. The first time published The Comedy Is Finished (2012) was written but not published around the same time Martin Scorsese released his black comedy The King of Comedy (1982), starring Jerry Lewis and Robert DeNiro, an unlikely pairing that works wonders. Read your Westlake (drink your milk) although I prefer Richard Stark.

Also read W.G. Sebald, Ron Rash, and how'd you get this far not reading Brigid Brophy? I was at a fine and meaty book sale yesterday where two book dealers, jokers, clowns really, circled a poetry table grabbing every known name (what "names" are there in poetry? Yeats, Heaney, Ashbery it seems to these dervish dancers), shouting out their devilish skills at being pests, which they are, leaving behind, at least, hidden treasures of great poets and titles and "no-names" in their game and pursuit at being irritating top-feeders, and then hightailing it away. Going for the gold! It's all about revenge and spite. But I've noticed, when traveling between book sales, small towns where the white man has failed in New England — the Chinese, Korean, Japanese, Moroccan, Indian, Thai, Vietnamese etc., are doing pretty darn well for themselves. Making do and revitalizing a broken down business left crooked and busted by the white man's spite; er, I mean spirit.

It's not the oceans that will die first. And if and when they do, we'll know who had their hand in on it.

Of course it's not just the mafia of pesky book dealers that mount a book sale — there are the readers here as well. Some quite devoted. I watched two women work as a team on a dozen heavy boxes of carefully chosen garden and landscaping books. This took hours of their labor. Afterwards, by chance, we would meet up on the curb outside the book sale with our gleanings piled up in boxes ready to load for the ride home. They were loading their booty up into the back bed of a red Toyota pickup, Vermont plates, and I asked if they had a shop. They must have been prepared for me because the taller of the two, with the longer hair and the big smile said quickly, "Nope. We're just obsessed." I nodded with a smile and said, "Good for you." And they knew what I meant.

A moment later while they still worked at their loading I heard one of the woman say to the other, "It's okay to have a house filled up with books, isn't it?"

Labels: Donald Westlake, Hard Case Books, Richard Stark
Newer Posts Older Posts Home
Subscribe to: Posts (Atom)
A poem (or more) will be offered by the hour or with the day and at the very least once a week. So stay on your webbed toes. The aim is to share good hearty-to-eat poetry. This is a birdhouse size file from the larger Longhouse which has been publishing from backwoods Vermont since 1971 books, hundreds of foldout booklets, postcards, sheafs, CD, landscape art, street readings, web publication, and notes left for the milkman. Established by Bob & Susan Arnold for your pleasure.
The poems, essays, films & photographs on this site are copyrighted and may not be reproduced without the author's go-ahead.
Write Bob or the Bookshop