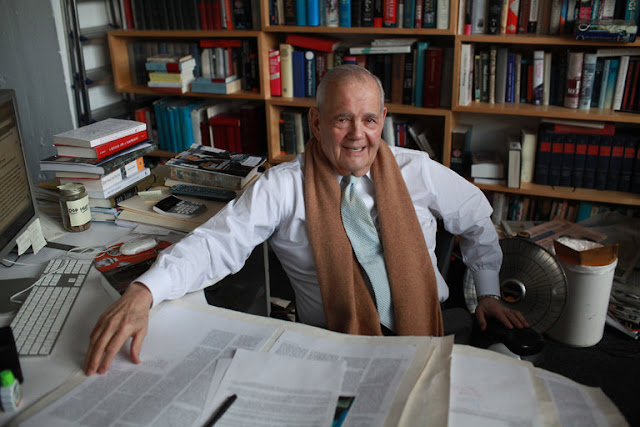 Robert B. Silvers in his office at
The New York Review of Books in 2012.
CreditFred R. Conrad/The New York Times 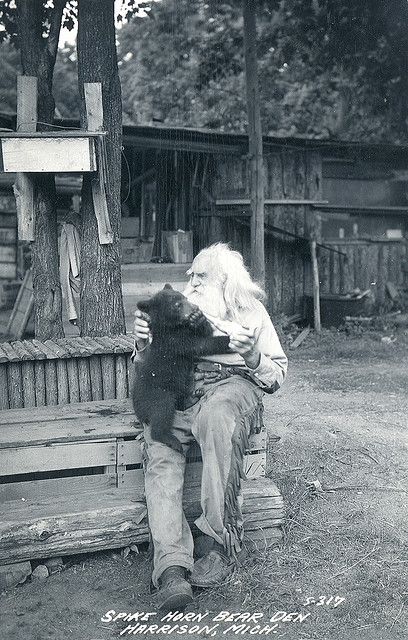 Man’s gift to himself —

it can't be helped

because he sees every

face who sees his face

and this concerns him

as he comes into the

girl at the cash register,

barely 15, willowy, and the

reason he is here, her face not

at all developed or trained —

if given the chance, a breakthrough

which she allows the predator

sensing him as an uncle

and when she drops her eyes

and he lifts his, dripping

over all of her, a split second is

all, I can't tell you how much the

blade of a shadow makes me cold

I saw porcupine as soon as I pulled the truck into the meadow. There is nothing that moves on the earth like a porcupine. Imagine carrying a body of hollow pointed quills around everywhere all through your life. Porcupine stopped his ground when he saw the red truck. I got out and slowly walked to porcupine and porcupine reared up the quills and turned its back and slowly moved into the woods edge brush, then stopped and waited. Porcupine didn’t leave, and neither did I. We were five feet from one another. His chiseled full brown face and patient eyes studied all parts of what was around him. I knelt near him awhile and waited awhile with him, there was something that made us both cautious. The truck was off and way over there. The sky was blue, the foliage still green approaching fall. Two days later I would hike my morning path and nearing the meadow wonder what had happened to porcupine, and there he was in the sunshine and large leaf ginger plants munching at his breakfast. I sat down in the sun myself and watched awhile. It was the best way to be.

Labels: Beautiful Days, Bob Arnold
Newer Posts Older Posts Home
Subscribe to: Posts (Atom)
A poem (or more) will be offered by the hour or with the day and at the very least once a week. So stay on your webbed toes. The aim is to share good hearty-to-eat poetry. This is a birdhouse size file from the larger Longhouse which has been publishing from backwoods Vermont since 1971 books, hundreds of foldout booklets, postcards, sheafs, CD, landscape art, street readings, web publication, and notes left for the milkman. Established by Bob & Susan Arnold for your pleasure.
The poems, essays, films & photographs on this site are copyrighted and may not be reproduced without the author's go-ahead.
Write Bob or the Bookshop