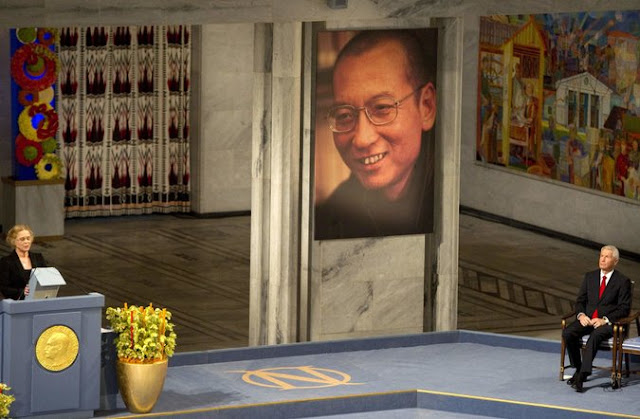 Mr. Liu was imprisoned and unable to accept the Nobel Peace Prize in person in Oslo in 2010. The actress Liv Ullmann read from Mr. Liu’s “I Have No Enemies: My Final Statement to the Court.”
CreditOdd Andersen/Agence France-Presse — Getty Images 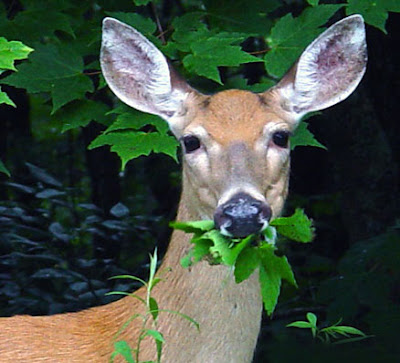 No rain today, thankfully (too much to do) but maybe tomorrow. Whereas the daylilies are now in full abundance, but it took a fight. A fight? With flowers? No, with deer! Three in particular that we have been at war with for years now, as the mother deer teaches her young the succulents. Why wouldn’t she?! We don’t mind the now and then flowers they pluck for breakfast on the outer edges but we won’t tolerate them in the full backyard where the best grow. Honestly, in the thousands. I worked for decades for people, wealthy, who often shunned the common orange man daylily, so I’d load up my pickup truck with everything they wanted “gone.” Gone was to our house. They even grew tired of the expensive daylilies bought as bulbs and multiplying beyond their imaginations so they were often also “gone” ones. More for our house. It’s how you gain and gain flowers and watch a garden grow, and gain and gain books, thus make a library inside the house. So last night, near midnight I was again out in the yard, barefoot, wet cool grass, the moon of Saturday night still with me, chasing the three deer; gallopers! with my strong beam flashlight and a stone or two. They never get hit, the strong beam flashlight seems to scare them like a flying saucer. I give chase. In the early evening if they dare to show, I will go out with my pellet rifle and sting one or two. That seems to send a quick message down the clothesline that, “This guy means business.” “Yeah but the other places have mean dogs.” "Yeah but he has a rifle.” So the message is getting across and we’ve saved the daylily splendor for this year. Last year the deer about wiped us out. We also spray peppermint oil on all the flowers. That takes a good half hour with a spray jar and determination.

Look at me, I haven’t even mentioned the woodchucks! A family have set into the new barn I built last summer. Don’t blame them, nice barn, filled with firewood, plenty of access and like a virtual hotel. Usually the snakes get the firewood locations but now the woodchucks are in. We discovered them when they ate every one of Susan’s potted flowers. That was money down the drain. We sent out a stern warning in real words when we saw the woodchucks and we knew they could hear us. “Do more of that and I bring out the .22 rifle next time.” No pellet gun. And I’m a pacifist (ask my draft board) but I’ve spoken with Gandhi over the years and he reminds me that we do share, but we don’t become overcome. So far no woodchuck on a daylily = friends. I showed Sweetheart where to put her new choice of potted flowers, along with the cherry tomatoes: upstairs on the bedroom porch. Fill it up to the brim, I said to Sweetheart, make it an outdoor greenhouse. Arboretum.