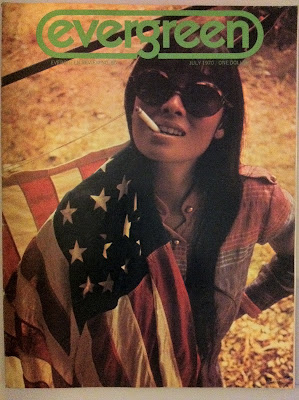 Ken Jordan, writing in the introduction to Evergreen Review Reader, 1957-1996, described the counter-cultural contents and the impact of the publication on readers: 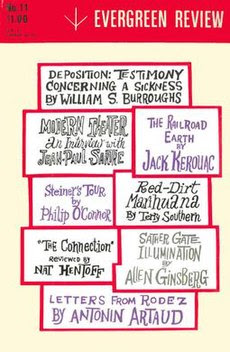 The first issue featured an essay by Jean-Paul Sartre and an interview with the great New Orleans jazz drummer Baby Dodds. It also included a story of Samuel Beckett's Dante and the Lobster, the first of his many appearances in Evergreen's pages; these continued through the last issue published.

The second issue was a landmark. A banner across the cover declared "San Francisco Scene," and inside held the first collection of work by the new Beat writers - including Lawrence Ferlinghetti, Gary Snyder, Michael McClure, Philip Whalen, Jack Kerouac (before the publication of On The Road) and Allen Ginsberg, whose Howl had already been published as a pamphlet by Ferlinghetti's press, City Lights, and was confiscated by customs officials and faced trial for obscenity in San Francisco. The issue brought the Beats and Evergreen Review to the forefront of the American stage... 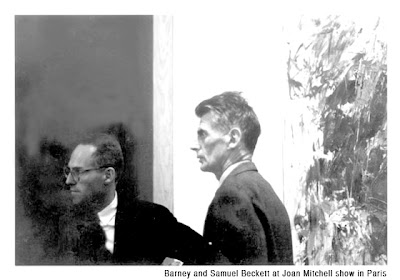 Evergreen published writing that was literally counter to the culture, and if it was sexy, so much the better. In the context of the time, sex was politics, and the powers-that-be made the suppression of sexuality a political issue. The court battles that Grove Press fought for the legal publication of Lady Chatterly's Lover, Tropic of Cancer, and Naked Lunch, and for the legal distribution of the film I Am Curious: Yellow, spilled onto the pages of Evergreen Review, and in 1964, an issue of Evergreen itself was confiscated in New York State by the Nassau County District Attorney on obscenity charges...

All of this was done on a shoestring budget by a tiny staff. Barney Rosset started the magazine with editor Don Allen and Fred Jordan, who was nominally the business manager in its early days. Richard Seaver joined the editorial team with the ninth issue, and Don Allen stepped back to become a contributing editor. Publication increased from quarterly to bimonthly to, in the late sixties, monthly, and the format changed from trade paperback to a full-sized, glossy magazine attaining a subscription base of some 40,000 copies and a newsstand circulation of 1000,000. The final issue, number 96, came out in 1973.

The original Evergreen Review ceased publication in 1973, but the magazine was revived in 1998 in an online edition edited by founder Barney Rosset and his wife Astrid Myers. 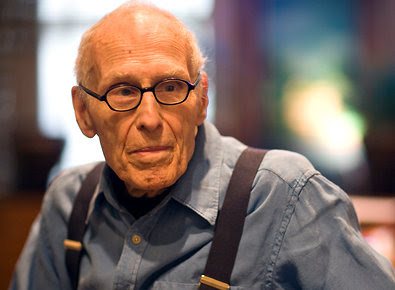