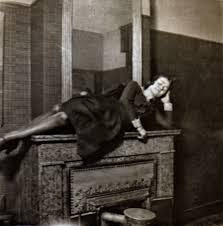 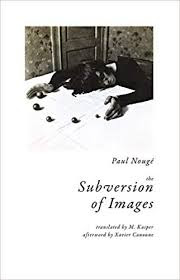 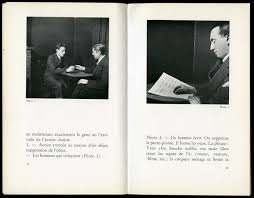 “Belgian Surrealism’s greatest intellectual.”—Francis Ponge
First edited and published by Marcel Marien in 1968 in a limited edition of 230 copies, half a year after Paul Nougé’s death, The Subversion of Images is a miniature classic in both the photobook and surrealist canons. It collects Nougé’s notes and photographs from 1929–1930 to form a guidebook to the surrealist image. Nougé here outlines his conception of the object and outlines the Surrealist approach to it, while also offering an accompaniment to the visual work of his colleague, René Magritte, whose paintings he sometimes titled. How might a tangle of string elicit terror? How might the suppression of an object move one to sentimentality? What is the effect of a pair of gloves on a loaf of sliced bread?
Nougé’s accompanying photographs explore these notions, and feature a number of his Belgian Surrealist colleagues. This translation is presented as a facsimile of the original edition, with an afterword by Xavier Canonne, director of the Musée de la Photographie.
Paul Nougé (1895–1967), a biochemist by trade, was a leading light of Belgian Surrealism and its primary theorist, as well as a decisive influence on such future Lettrists and Situationists as Guy Debord and Gil J Wolman, who would take inspiration from his conception of plagiarism for what would come to be termed “détournement.” Decidedly unambitious when it came to literary celebrity, Nougé’s guidance nevertheless steered the Brussels Surrealist group toward a more rational approach to visual and verbal language that discarded the Parisian Surrealists’ proclivity for irrationality and occultism.

Labels: Paul Nouge, Surrealism, Wakefield Press
Newer Posts Older Posts Home
Subscribe to: Posts (Atom)
A poem (or more) will be offered by the hour or with the day and at the very least once a week. So stay on your webbed toes. The aim is to share good hearty-to-eat poetry. This is a birdhouse size file from the larger Longhouse which has been publishing from backwoods Vermont since 1971 books, hundreds of foldout booklets, postcards, sheafs, CD, landscape art, street readings, web publication, and notes left for the milkman. Established by Bob & Susan Arnold for your pleasure.
The poems, essays, films & photographs on this site are copyrighted and may not be reproduced without the author's go-ahead.
Write Bob or the Bookshop