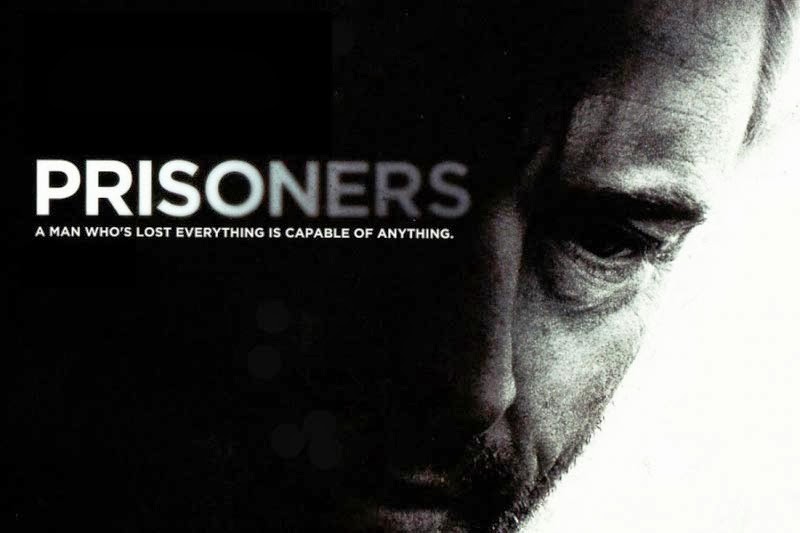 Do yourself a favor and take yourself out and go watch a good old-fashioned ghost story. A film. One is out there right now, Prisoners. With terrific actors boiled down to their wits.

After working weeks on end with stone and wood and moving at a snail's pace, which is always good for a human to realize (speed kills), I took the day off with my true love and first went and worked over a stone cache for only one hour making ready for the next day's work, then went to a few small towns and did some errands, strolled in an old-fashioned neighborhood and looked around, climbed its nearby mountain and looked down into the soupy weather valley, hiked down and at the existing witching hour from 3-6 in the afternoon, better known as the "early bird special" (can you follow me? it really doesn't matter if you can't, I'm not worried) we entered a movie matinee in a downtown complex and sat alone in "theater 3" with nobody else coming (often our fate). Then one old couple (two women) showed up during the previews (very loud very bright) and sat themselves down a few rows ahead of us, followed by another elder couple of man and wife and she was too exhausted already and just plunked herself down in front of the first old couple, until the husband thought better and said aloud for us all to hear (a common trait amongst the old), "Move down a few seats so we don't block these people's view" and she did, and those people unblocked actually said "thank you." So far so good.

Now the film is going to start.

The Canadian director, Denis Villeneuve is quite a mindset, and with courage, as he makes an almost nonAmerican film with many popular actors for Americans, turning the thriller on its head to almost the last half hour. It's purposely plodding, dead-ended, frustrating, tedious, and quite human because of it and the director reshapes the viewer to find his way. He's got a way. I like this about the film. Unlike, the three most popular tv series that really do something: The Sopranos, Breaking Bad and Homeland, this film has nothing to do with MONEY. Take a look. There's no money happening. All of those popular tv shows, and everything else, can't move and depend on either repulsive money, repulsive stupidity, or repulsive gore. Even Stephen King is now speaking out against it. When Prisoners is ready to take off (you may be asleep), it does. . .with Jake Gyllenhaal's's character (a detective with an eye twitch) almost acting as a modern Japanese actor directed by Takashi Miike — blood head wound, garish traffic, speed, bleeding lights, a little girl in the backseat hanging by a thread. Exhilarating! We watch in a matinee with four very old codgers mumbling their way in and out of the film depending on what is happening. One of those old women ahead of us sighed "Oh My" aloud and sincere when things were looking desperate for someone.

When the film is done, and it ends on a whistle in the dark (giving away nothing), the lights come on and you're left to your own devices. What a gift from a film director!

The old fellow who asked his wife to move ahead and seems to have built a long life on being outspoken and polite, sees us huddled at the back row and asks, "Were you scared?"