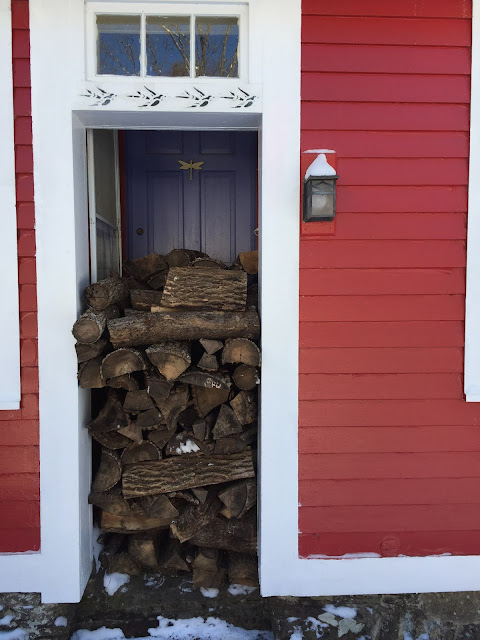 for Olga Cabral and Ann Perkoff

Here we are now 50 years old at Longhouse. Someone asked me

recently, "you must have been very young when you started?"

resisted that war, as I already had years before, but it becomes a whole

other animal when they come for you. So my draft board put me

in Vermont as a C.O., but I was coming anyway, being a kid

raised in the neighboring Berkshire hills. 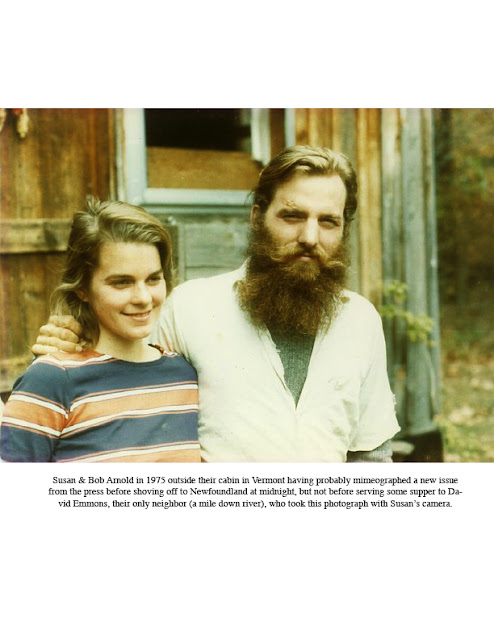 All it took was a mimeograph machine, as some of the finest small press

before I ever saw a copy, being a country boy. My roots were in the woods

and I would go (by correspondence) to many poets around the United States,

who lived a similar discipline and almost all were friendly. Nothing's 100%. 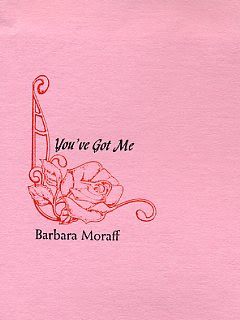 and a sheaf of small booklets

of my own work. A friend at the time even cut out a woodblock

I still have with the press name on it. 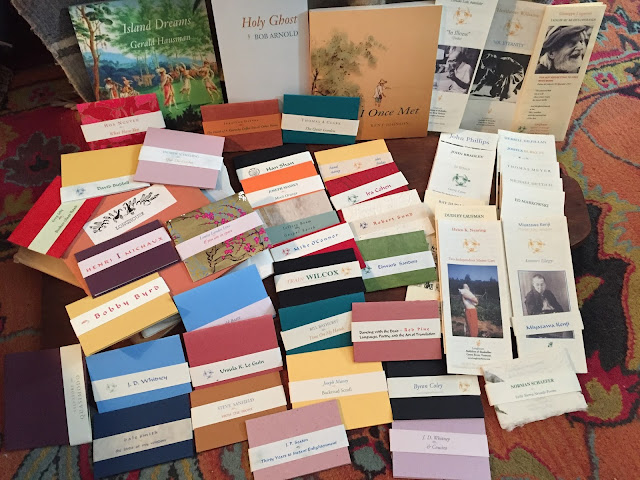 with misfits and marvels and each week I brought poets work

in for everyone to read and the first poet was Cid Corman.

and that relationship would go strong until Cid's passing in 2004. 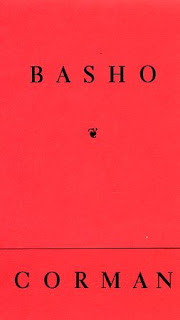 By 1974 I was moving "Our Poets Workshop" to simply "Workshop"

and rolling out issue after issue, all on mimeograph and everything

was sent away free. Robert Bly wrote me back to say, "Put a price on it, even a dollar."

Poets sent me their work, their postage stamps

and if they had any money, they were generous. How does one

without a vehicle, without a driver's license, without private income?

and a minister friend who read Thomas Merton as I had, deeply, and he

in the woods — no heat, no running water, no plumbing at all, no nothing — 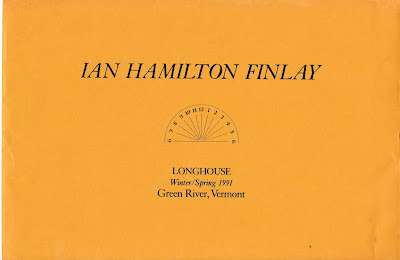 renovating that cabin, and his own house on the land, plus his long roadside

of stone walls, I could have the place for free. I had never touched stone walls

in my life. I had worked all my teenage years as an apprentice carpenter

for a long standing lumber family, but doing what you're told and knowing

what to do when you're not being told are two different worlds. 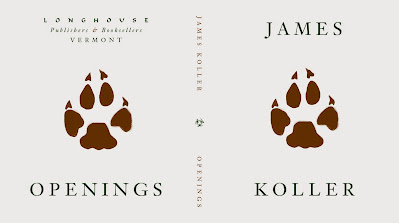 I began my carpentry tearing out all those sixteen bunk beds

and the lumber would have to become

my firewood for the start of a long winter. In the spring I would begin rebuilding

stone walls and fifty years later I haven't stopped. I took to those walls and

also lay up stone walls. When a farmer hires you to build his stone walls

you've sort of passed whatever test is out there. 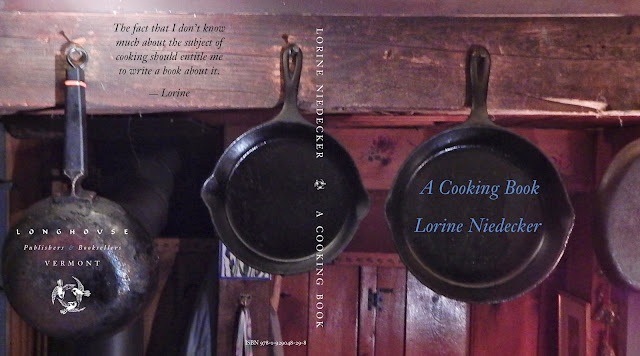 all the press name to "Longhouse." I'm working as a builder, I'm publishing poets

and my first book of poems has been out two years. A lovely young

years alone and living and working as a hermit. I'd seen her in passing

after my long hikes or hitchhikes into town, but she's the one who

bicycled out those ten miles to find me, to see me, to land me.

Now there's a Longhouse to become something — love, very hard

work, writing, publishing, corresponding by mail (which was everything),

friendships, co-building workers, the river, the woods, and never stop at

least every week or every month, every season, right up to present time

publishing someone, and giving it away free.

The church where I worked as sexton had a mimeograph machine.

The law office where Susan worked had a photocopy machine. 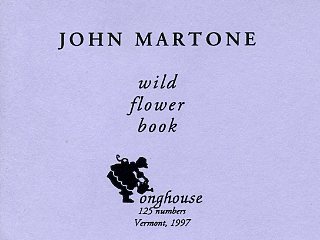 Readers on the search pay, and eventually (by then, 40 years) we would direct the

Longhouse into publishing full size books, establish a bookshop, and for the

from customers for pay, allowed the bookshop to work for us, and put

all my building trade into cottages and huts built on our property. At last

count there are nine. Ten may be enough. 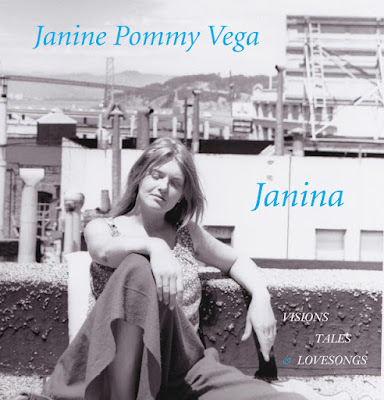 During the pandemic of 2020

more and more passers-by could be seen on our back road on bicycles, on-foot

at work they'd shout up, "I love your place" and we'd wave back, and some

would walk up and politely ask, "what is this (pointing to the forest buildings) all about?

Were they for rent? Was it a writer's colony? Was this an institution?"

All logical questions. I guess it could be called a sort of institution:

It doesn't cost a thing. Just a certain love.

(it's an even longer story — a son was born, there are

granddaughters — but for another time)

Links to the Longhouse Bibliography

photograph above by bob arnold:

after all our woodsheds are filled to the brim

finding the very back door to the kitchen

fits in as an ideal woodshed all its own. 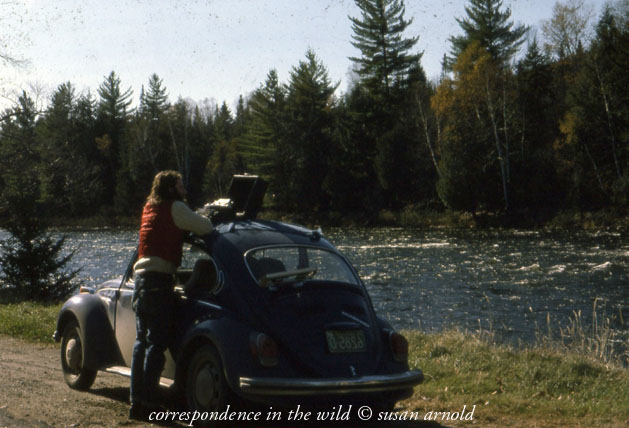 Labels: Bob Arnold (founder, editor, little engine that could), Longhouse, publisher), small press, Susan Arnold (publisher, Vermont
Newer Posts Older Posts Home
Subscribe to: Posts (Atom)
A poem (or more) will be offered by the hour or with the day and at the very least once a week. So stay on your webbed toes. The aim is to share good hearty-to-eat poetry. This is a birdhouse size file from the larger Longhouse which has been publishing from backwoods Vermont since 1971 books, hundreds of foldout booklets, postcards, sheafs, CD, landscape art, street readings, web publication, and notes left for the milkman. Established by Bob & Susan Arnold for your pleasure.
The poems, essays, films & photographs on this site are copyrighted and may not be reproduced without the author's go-ahead.
Write Bob or the Bookshop