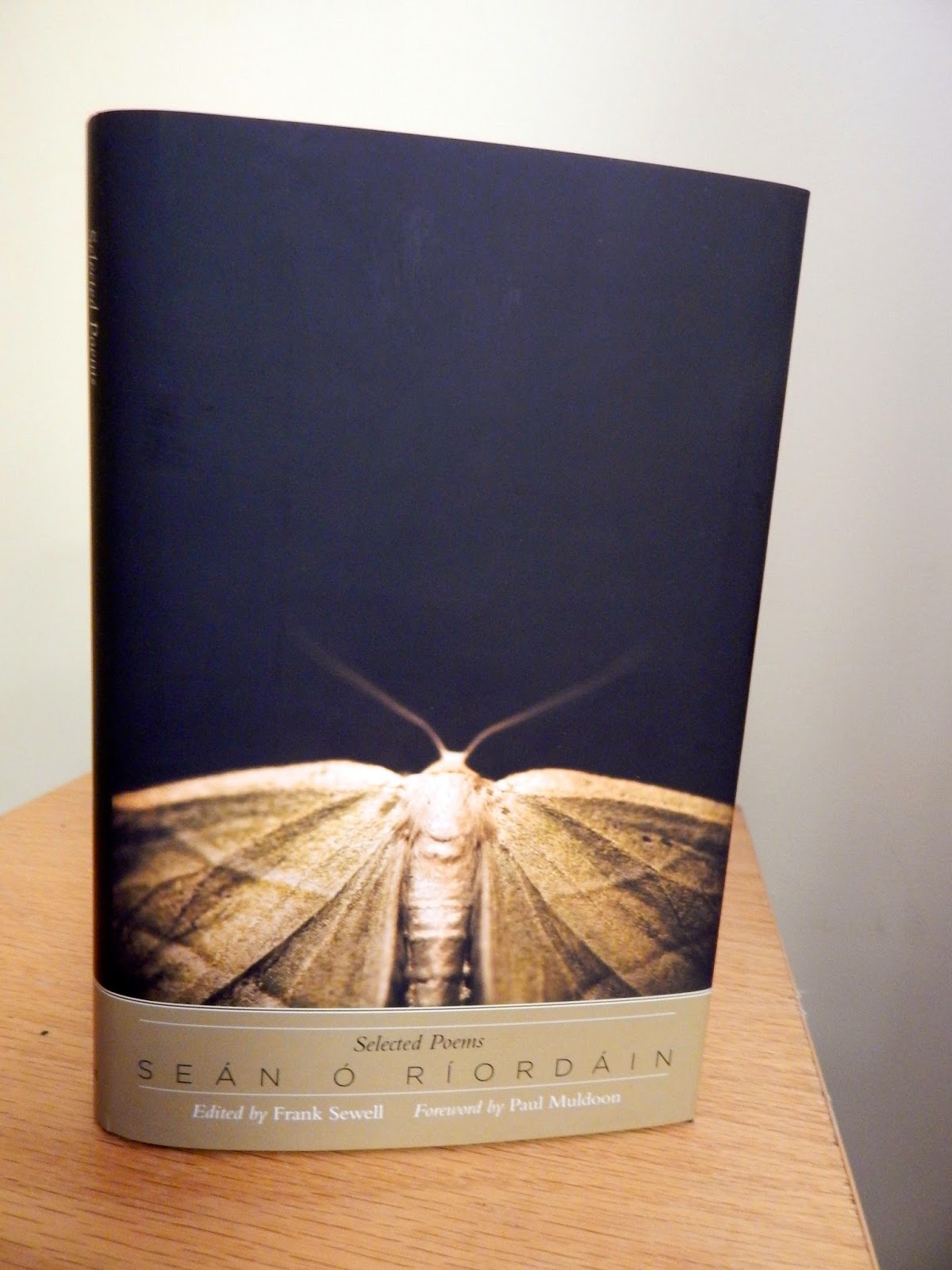 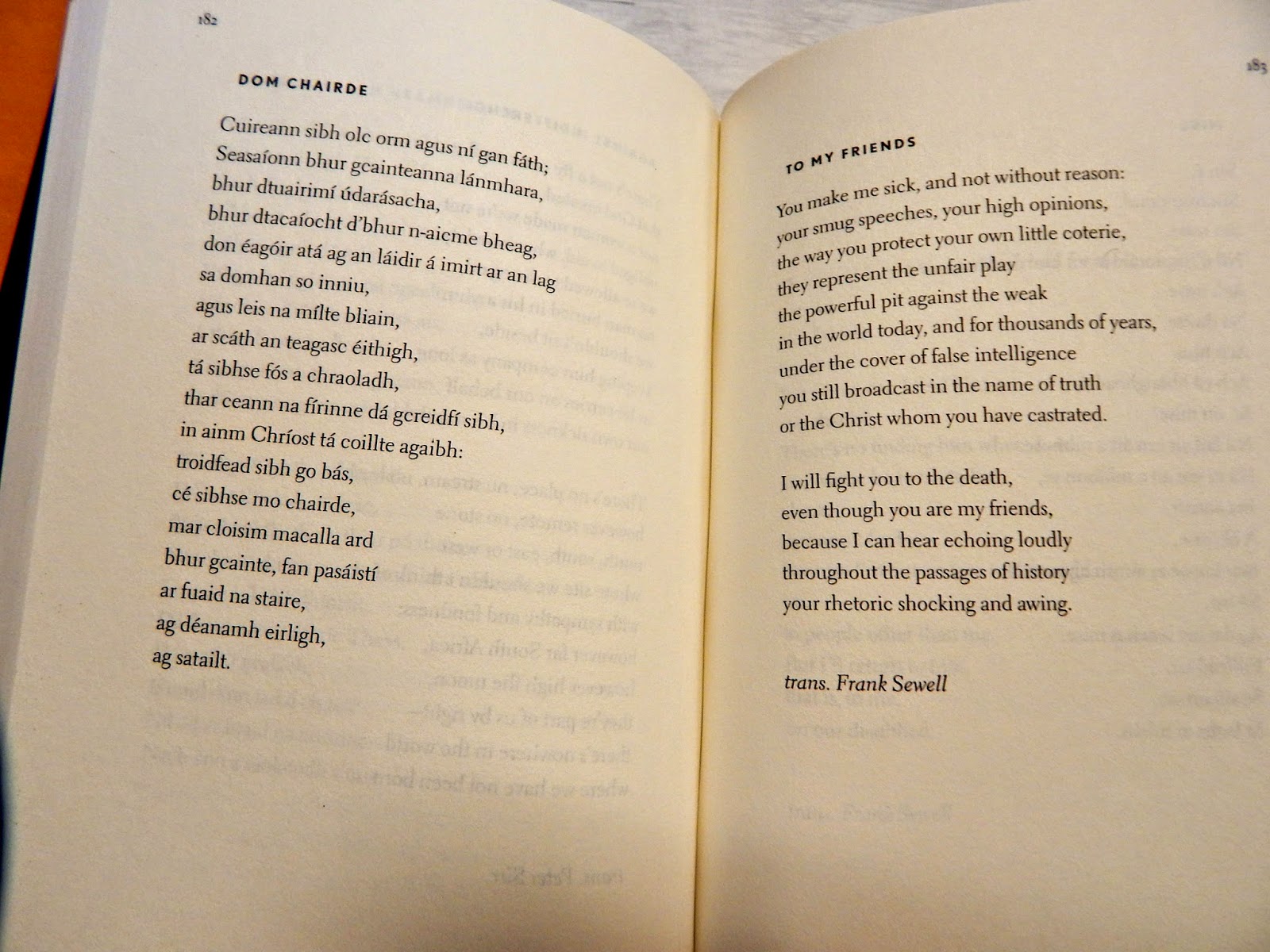 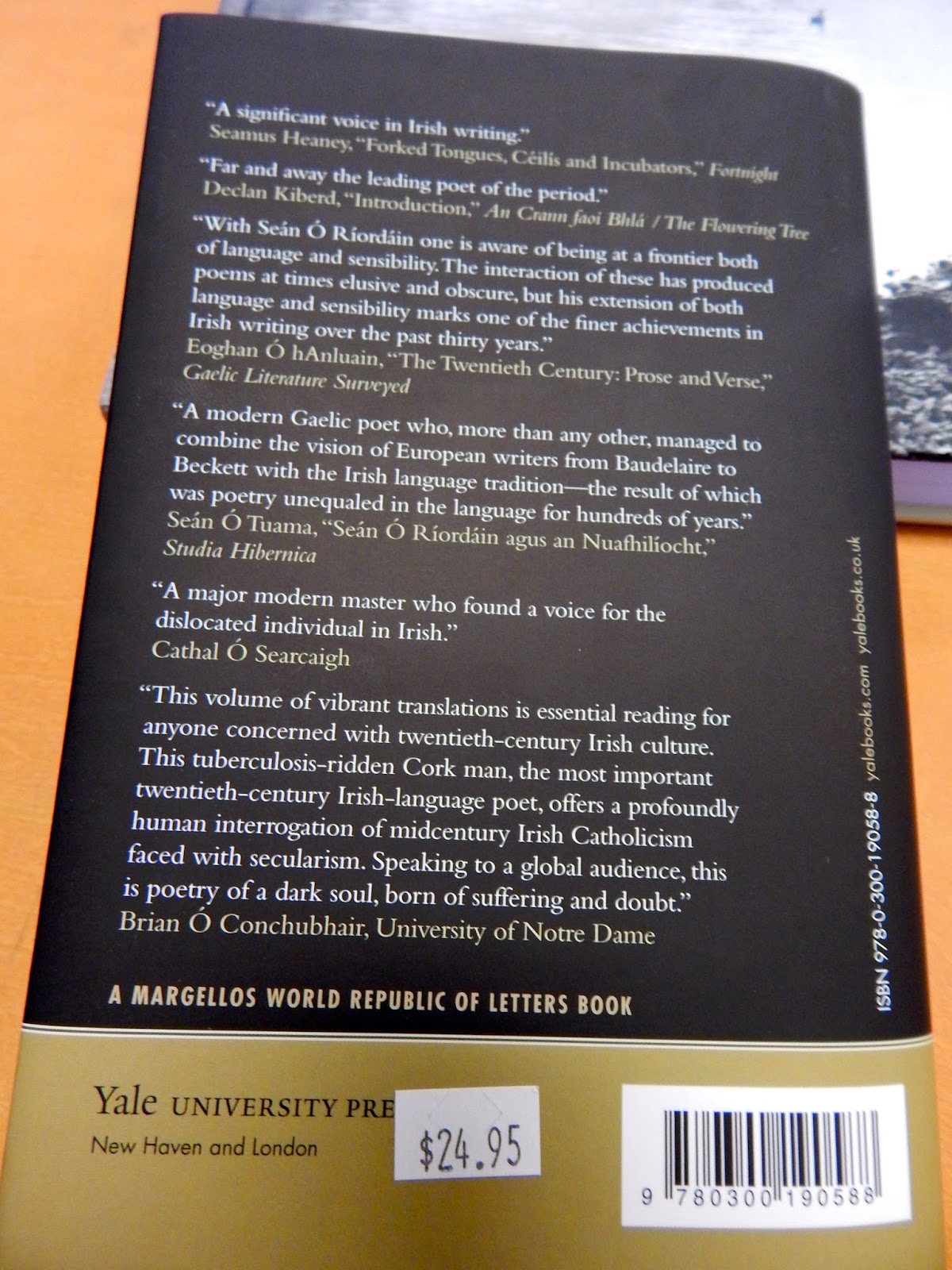 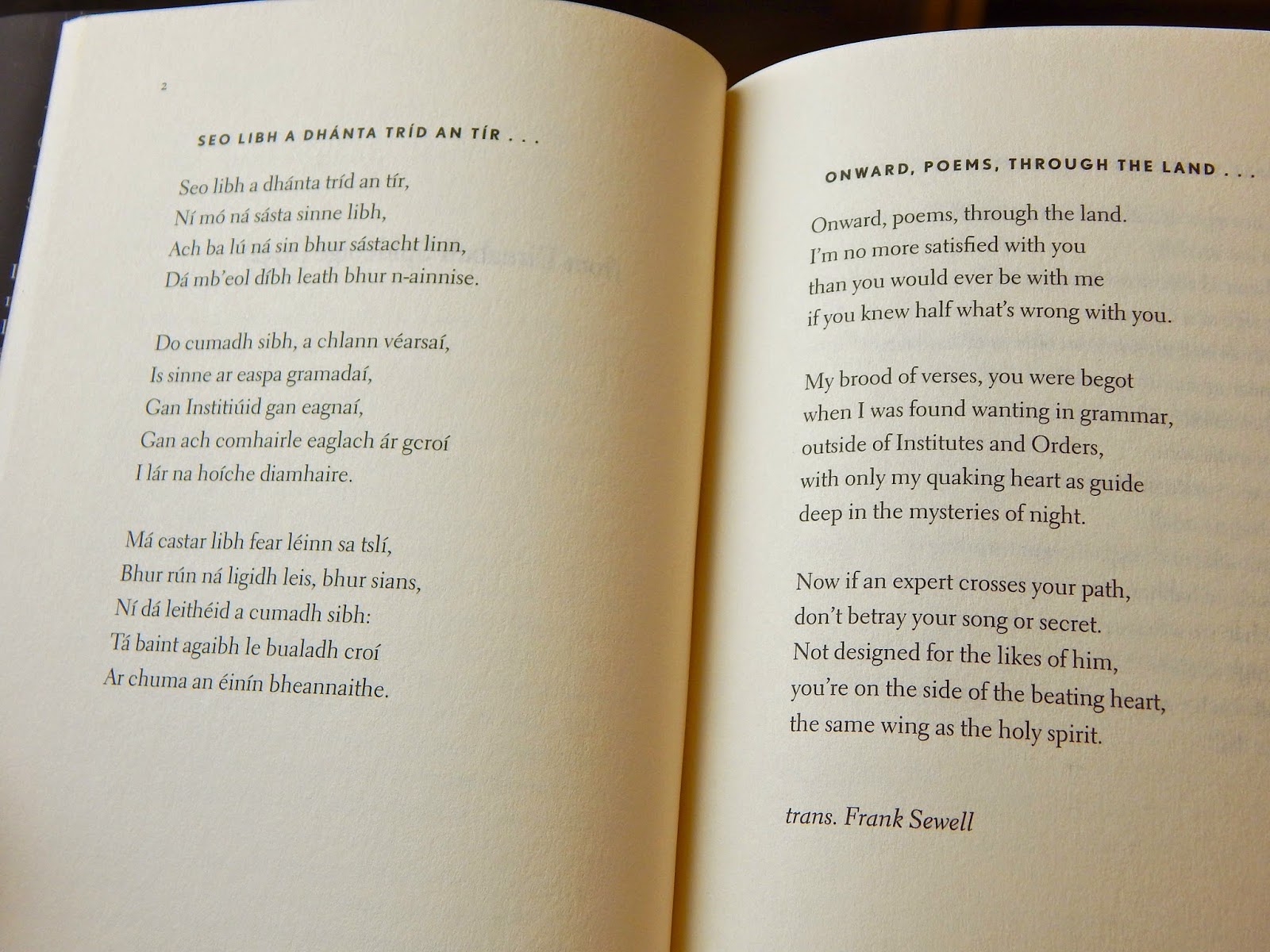 "In the mid-twentieth century, a new generation of poets writing in Irish emerged, led by the young Seán Ó Ríordáin, among others. Ó Ríordáin’s work has stood the test of time well, and he continues to engage today’s Irish readers and writers. This well-rounded selection of poems brings most of Ó Ríordáin’s works to English-language readers for the first time. The poems appear in their original Irish alongside English translations by some of Ireland's leading poets. Also included for the first time in English is Ó Ríordáin’s essay What Is Poetry?, considered an extraordinary touchstone of critical insight for poets and literary commentators. The volume reflects Ó Ríordáin’s seven main concerns: poetry and its place in the artist’s life; the plural self; the relationship between the individual and society; gender relations; the nature of animals; Ireland, its language and culture; and mortality."

Labels: Frank Sewell, Seán Ó Ríordáin
Newer Posts Older Posts Home
Subscribe to: Posts (Atom)
A poem (or more) will be offered by the hour or with the day and at the very least once a week. So stay on your webbed toes. The aim is to share good hearty-to-eat poetry. This is a birdhouse size file from the larger Longhouse which has been publishing from backwoods Vermont since 1971 books, hundreds of foldout booklets, postcards, sheafs, CD, landscape art, street readings, web publication, and notes left for the milkman. Established by Bob & Susan Arnold for your pleasure.
The poems, essays, films & photographs on this site are copyrighted and may not be reproduced without the author's go-ahead.
Write Bob or the Bookshop