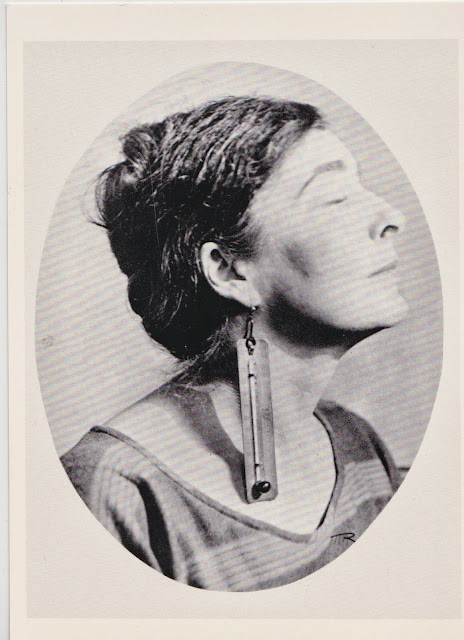 "Disillusioned with the macho elements in Futurism and its move towards Fascism, as well as desiring a divorce from her husband Stephen Haweis, Loy left her children with a nurse and moved to New York in 1916, where she began acting with the Provincetown Players. She was a key figure in the group that formed around Others magazine, which also included Man Ray, William Carlos Williams, Marcel Duchamp, and Marianne Moore. She also became a Christian Scientist during this time. Loy soon became a leading member of the Greenwich Village bohemian circuit. She also met the 'poet-boxer' Arthur Cravan, self-styled Dadaist and fugitive from conscription. Cravan fled to Mexico to avoid the draft; when Loy's divorce was final she followed him, and they married in Mexico City. Here, they lived in poverty, and years later, Loy would write of their destitution.

Once Loy became pregnant, the couple realized they needed to leave Mexico. A few months later, Cravan set sail for Buenos Aires in a small yacht as Loy watched from the beach. He sailed over the horizon, disappeared without a trace, never to be seen again. The tale of his disappearance is strongly anecdotal, as recounted by Loy's biographer, Carolyn Burke. Their daughter was born April 1919."
Wikipedia