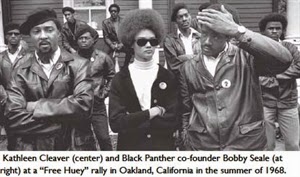 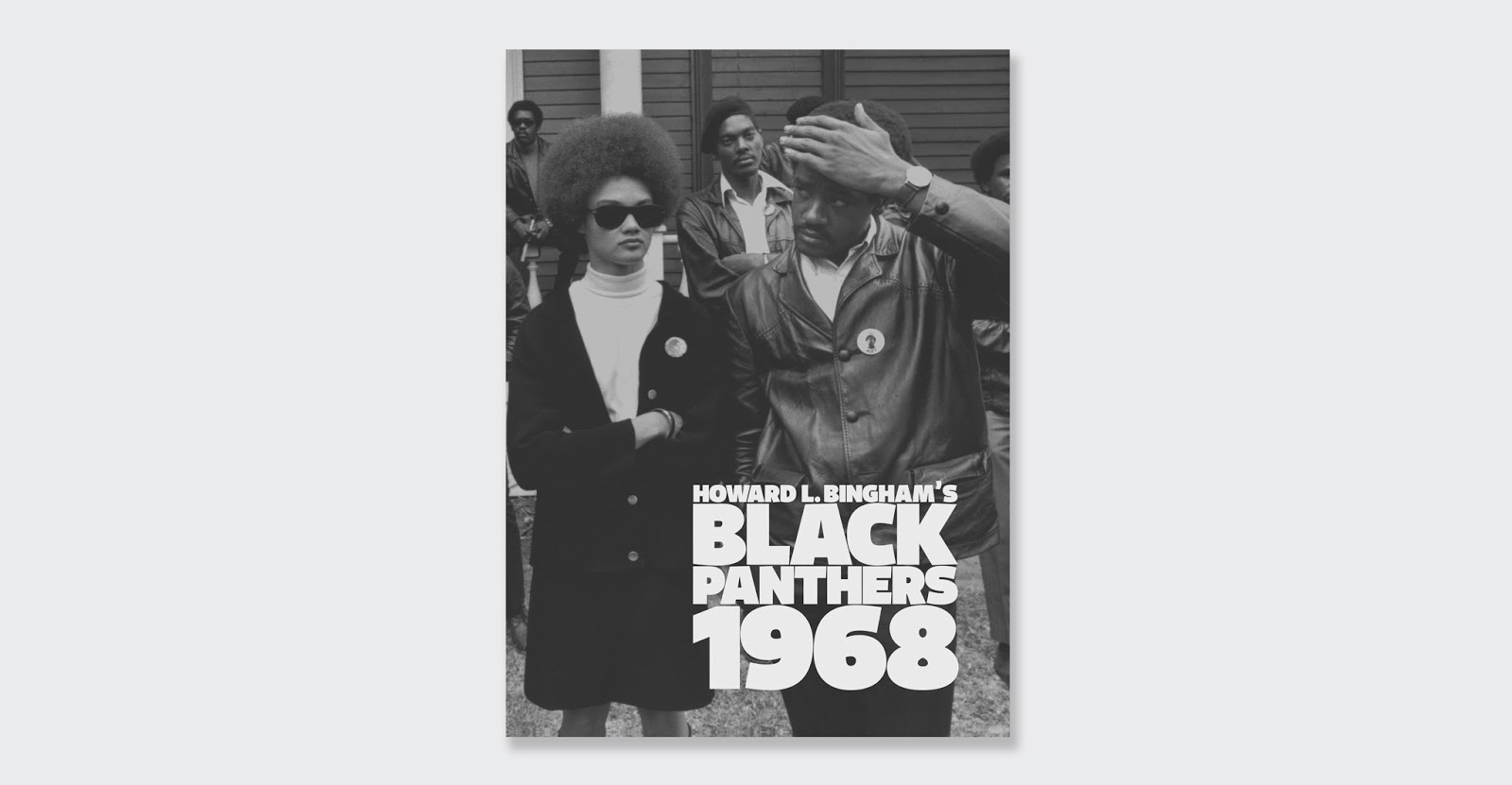 "On the steps of the Capitol, Bobby Seale read a statement, an executive mandate: "The Black Panther Party for Self-Defense calls upon the American people in general, and black people in particular, to take careful note of the racist California Legislature aimed at keeping the black people disarmed and powerless at the very same time that racist police agencies throughout the country are intensifying the terror, brutality, murder, and repression of black people and at the same time that the American government is waging a racist war of genocide in Vietnam."

Nearly a half century later substitute "California" for Ferguson - St. Louis, MO. and
"Vietnam" with Iraq or Afghanistan
— we haven't learned our lesson.

This book can still be found, very reasonably priced at $20, shrink wrapped and stunning hardback, showcasing Bingham's portrait of the Panthers in their prime. 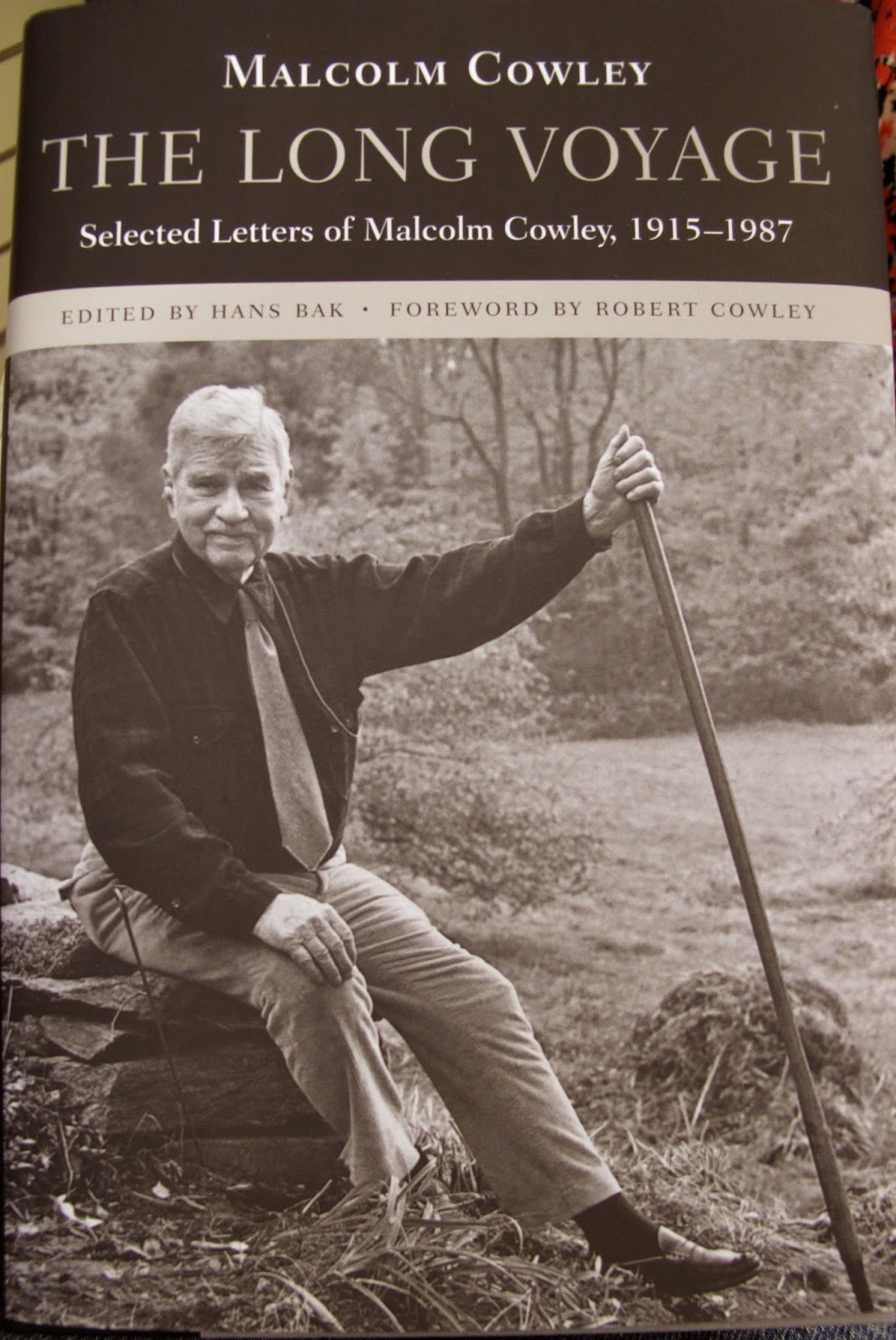 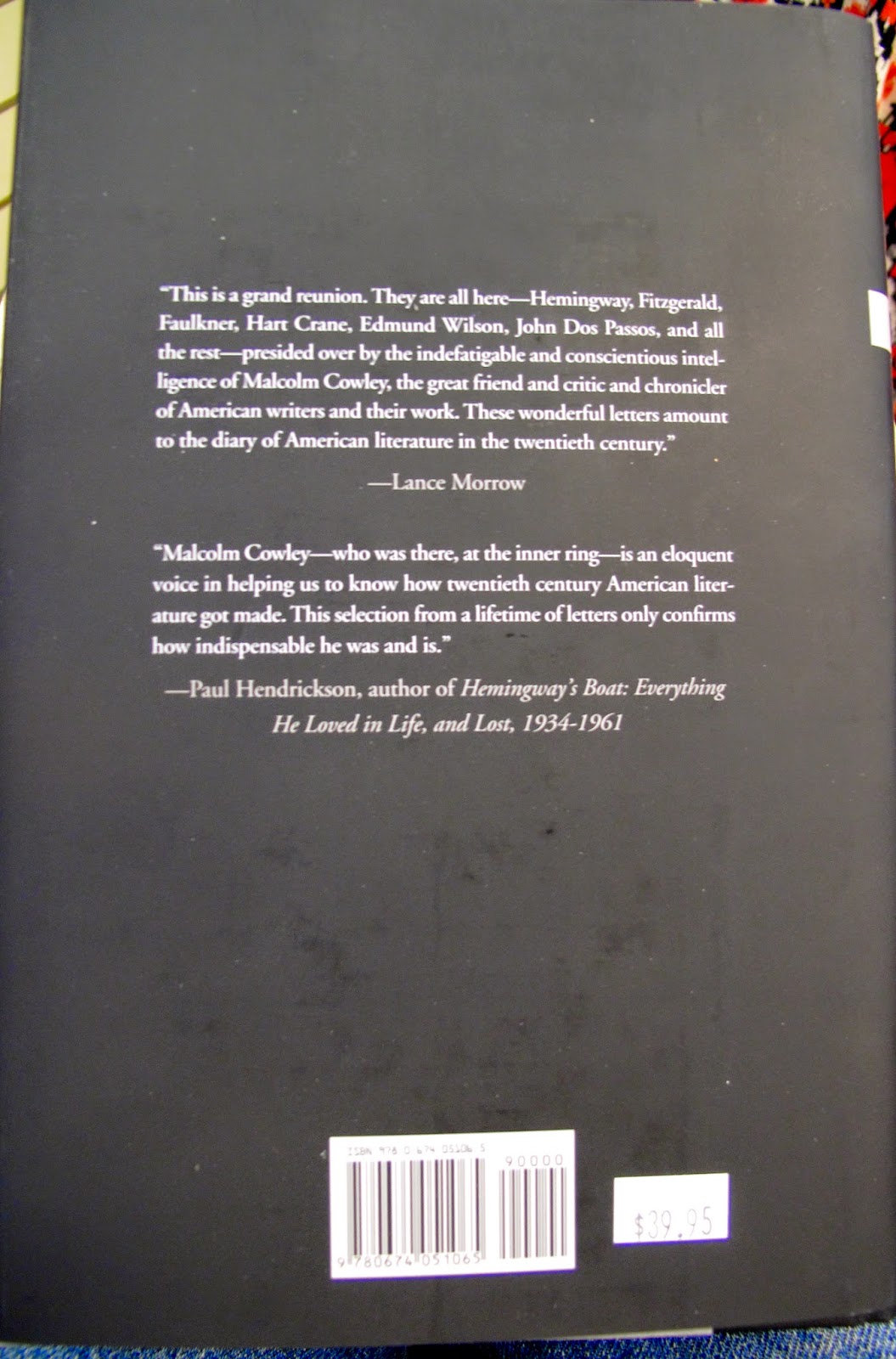 Behind every great man there is, these days, perhaps a woman, or another man. And vice-versa. Behind every great book there has been a great editor, and Malcolm Cowley was one of the greatest in 20th century American literature. His banner list of writers include Faulkner, Fitzgerald, Hemingway, Kerouac, Tillie Olsen, and John Cheever for starters. And on the Kerouac front, Cowley not only brought On the Road forth from where he worked at Viking, he went back to Kerouac after Viking initially rejected the book and impressed upon his colleagues to have another look.
There's your editor.

Labels: Hans Bak, Malcolm Cowley
Newer Posts Older Posts Home
Subscribe to: Posts (Atom)
A poem (or more) will be offered by the hour or with the day and at the very least once a week. So stay on your webbed toes. The aim is to share good hearty-to-eat poetry. This is a birdhouse size file from the larger Longhouse which has been publishing from backwoods Vermont since 1971 books, hundreds of foldout booklets, postcards, sheafs, CD, landscape art, street readings, web publication, and notes left for the milkman. Established by Bob & Susan Arnold for your pleasure.
The poems, essays, films & photographs on this site are copyrighted and may not be reproduced without the author's go-ahead.
Write Bob or the Bookshop