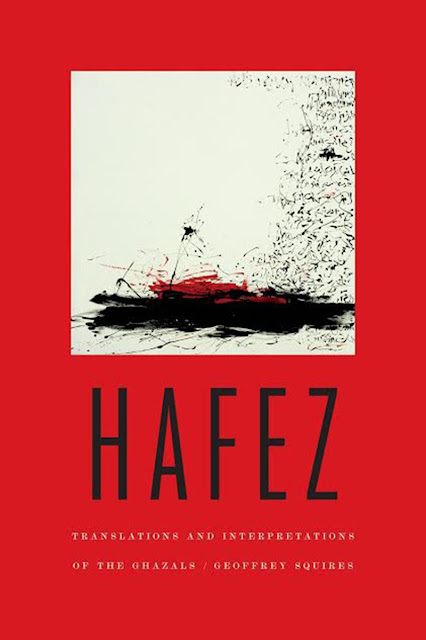 Since Sir William Jones first made the attempt to set in English the “orient pearls at random strung” of Hafez, the most canonical of Persian lyric poets, dozens of translators have attempted English translations and versions of Hafez, but few have succeeded. Squires’ Hafez captures the energy and depth of this fourteenth-century poet in contemporary English without archaisms or predetermined interpretation. It displays a supple and at times even exhilarating handling of language and form. The integration of annotations and commentary provide the uninitiated reader with the right balance of background information and a personal, lyrical encounter with the raw poem. Squires’ intimate familiarity with the poems, and the clarity and crispness of the diction he employs, almost makes Hafez a contemporary writer, but without obscuring from today’s reader the chronological and cultural difference, and the unique qualities of the fixed-form ghazal he practiced.

CHOICE: Current Reviews for Academic Libraries published a review by W. L. Hanaway in their September 2014 issue: "Translating Hafez is difficult for anyone ... Squires, a poet himself, has approached the problem in a new and refreshing way ... he breaks up the text of many of his translations into smaller units. By doing this he is able to use skillful arrangements of lines and phrases, emphasizing, for instance, examples of assonance and internal rhyme to emphasize his points."
Pierre Joris writes on his blog: "the best Hafez by far I have come across, with an excellent & most useful apparatus."
NewPages posted a review of Hafez: Translations and Interpretations of the Ghazals in September 2014.
Geoffrey Squires’ translations of Hafez are not only beautiful (and they are) but innovate a new approach to the translation and presentation of poets from the distant and exotic past.  In finding fresh means to show Hafez in context, Squires composes a work both faithful to Hafez and with a narrative power that opens a true dialogue between present and past.  His Hafez in that sense sets a new standard for our time and for years to come.
—Jerome Rothenberg
In their careful, musical, painterly pointing of difference in similarity, stress inside equanimity and singularity breaking the continuum, Geoff Squires' Hafez translations weave a shimmering, moiré fabric from the old and the new, the strange and the deceptively familiar. Squires is the best of hosts, too, offering small, genial and always useful interventions, tiny palate-cleansers of data or abstract form, which arrive before you knew you needed them. If Paul Blackburn had improvised a verbal riff on Astrophil and Stella, and Brian Coffey had written it down, they might have come close to, but would never equal, the marvelous sensual minimalism of Hafez and Squires.
—Peter Manson
Geoffrey Squires is a poet of note. What strikes me is his capacity to put into words what is fluid or elusive, writing characterized by the innerness of its language. This explains why he has an affinity with Hafez. His long absorption in the world of Iran has led him to the masterpieces of its literature. Analyzing Hafez in the light of his predecessors such as ‘Ayn al Qozat, he explores among other themes the mystic gulf between belief and faith. A richly mature work, this translation brings a new lustre to the jewel that is Hafez.
—Charles-Henri de Fouchécour

About the Author and Translator:

The poet Hafez was born around 1315/17 and died in 1389/90, towards the end of what is often seen as the golden age of Persian poetry. He lived almost all his life in the southern city of Shiraz where he was involved in the court circles of various rulers and played an important role in the vibrant literary and spiritual life of the times. His poetry is collected in his Divan, which contains nearly 500 ghazals and some other verse. Little is known about his personal circumstances. His reputation was established in his own time and has continued to grow ever since, to the point where Iranians and many others regard him as one of that nation’s greatest poets.

Geoffrey Squires (b.1942) is an Irish poet who after living and working in various countries is now retired and lives in England. His work has been collected in Untitled and other Poems (2004) and Abstract Lyrics and other Poems (2013), both published by Wild Honey Press, Bray, Ireland. A translation of one book, Sans Titre, was published by Editions Unes, Nice, France in 2013. He is also a translator of medieval Irish poetry.

Labels: Geoffrey Squires, Hafiz, Persian Poetry
Newer Posts Older Posts Home
Subscribe to: Posts (Atom)
A poem (or more) will be offered by the hour or with the day and at the very least once a week. So stay on your webbed toes. The aim is to share good hearty-to-eat poetry. This is a birdhouse size file from the larger Longhouse which has been publishing from backwoods Vermont since 1971 books, hundreds of foldout booklets, postcards, sheafs, CD, landscape art, street readings, web publication, and notes left for the milkman. Established by Bob & Susan Arnold for your pleasure.
The poems, essays, films & photographs on this site are copyrighted and may not be reproduced without the author's go-ahead.
Write Bob or the Bookshop