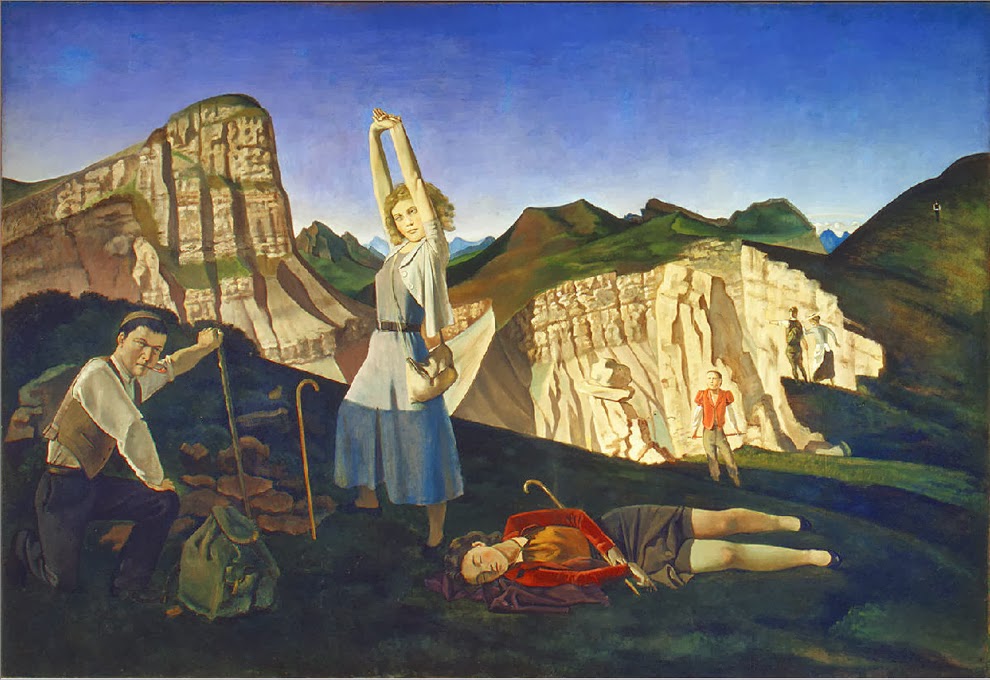 I believe that at the end of human life, one reaches something unadorned and essential, a kind of simplicity that eschews convoluted intellectual questioning. Romanticism and the anguish resolved and simplified, assembled as in Chinese ideograms. Henceforth one day breeds another, that must be given to painting, the pursuit of work until God finally wants to summon you to Him. It's as simple as that. God provides for you. You must not worry about tomorrow. Continue to relish the sweetness of evening that falls on Rossiniere, listen to Mob's soft whistle as it snakes along the mountain, and drink at Mozart's source. With time, things lose their harshness and asperity. They are seen differently, and sometimes vanish from view. Time's shrinking of the little that remains is to be fully accepted; one knows that time is limited, yet it is vast and infinite. This is the whole paradox of life. Perhaps the infinity that one glimpses more clearly is already a premonition of God's infinity, another idea of time that is necessarily ushered in. Now, despite the vicissitudes and constraints of old age, many things become minor, making room for what is essential. It's a sublime impoverishment that clarifies the dross of human life and the hazards of our condition. One should die amid the sweet promise of meeting God, in the splendor for which, I'm convinced, painting always sought to pave the way. To paint means to approach. Close to a light. The light.

Newer Posts Older Posts Home
Subscribe to: Posts (Atom)
A poem (or more) will be offered by the hour or with the day and at the very least once a week. So stay on your webbed toes. The aim is to share good hearty-to-eat poetry. This is a birdhouse size file from the larger Longhouse which has been publishing from backwoods Vermont since 1971 books, hundreds of foldout booklets, postcards, sheafs, CD, landscape art, street readings, web publication, and notes left for the milkman. Established by Bob & Susan Arnold for your pleasure.
The poems, essays, films & photographs on this site are copyrighted and may not be reproduced without the author's go-ahead.
Write Bob or the Bookshop