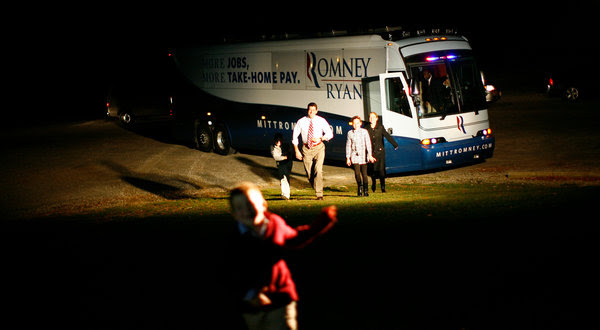 
Representative Paul D. Ryan at an event in Sabina, Ohio. Mr. Ryan has said that his role as vice president would look like Dick Cheney’s under President George W. Bush.

"CINCINNATI — Representative Paul D. Ryan may have largely disappeared from the national spotlight down the campaign homestretch, ceding attention to Mitt Romney. But if the Republican ticket prevails, Mr. Ryan plans to come back roaring, establishing an activist vice presidency that he said would look like Dick Cheney’s under President George W. Bush."