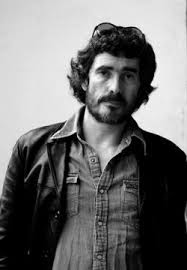 Our once a week visit to town, and of course
the post office, brought up this neat little
booklet of translations by Walter Franceschi,
untitled and double-stapled and thoroughly
modest the way the best poetry comes,
and all poems by an old friend to Longhouse ~
Franco Beltrametti
Franco visited us a few times with our mutual
friend Jim Koller and both would
bring stories and poems and art
work to us from the open road

THERE ARE MANY STRANGE OBJECTS DRIFTING IN THE WORLD

why don't you write longer epics

Lawrence Ferlinghetti once asked me

I had some broken ribs and a girl friend

took a nice picture of us

on the beach we found a wooden woman

shoe mold and I said there are many

strange objects drifting in the world

and Lawrence said this can be

the opening of a long epic and what do you know

years later somebody would take a picture of us

in Amsterdam near a bicycle painted like a zebra 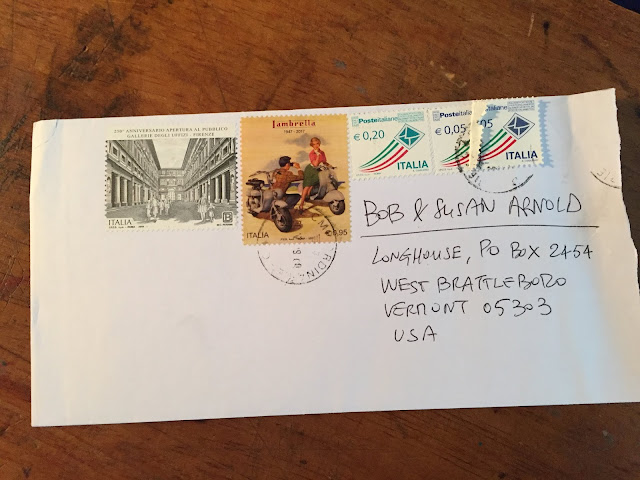 Labels: Franco Beltrametti, Walter Franceschi (translator)
Newer Posts Older Posts Home
Subscribe to: Posts (Atom)
A poem (or more) will be offered by the hour or with the day and at the very least once a week. So stay on your webbed toes. The aim is to share good hearty-to-eat poetry. This is a birdhouse size file from the larger Longhouse which has been publishing from backwoods Vermont since 1971 books, hundreds of foldout booklets, postcards, sheafs, CD, landscape art, street readings, web publication, and notes left for the milkman. Established by Bob & Susan Arnold for your pleasure.
The poems, essays, films & photographs on this site are copyrighted and may not be reproduced without the author's go-ahead.
Write Bob or the Bookshop