NOT A LEGITIMATE PRESIDENT ~ 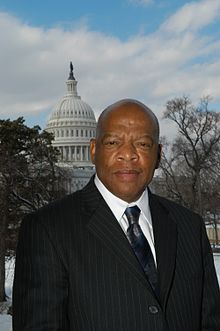 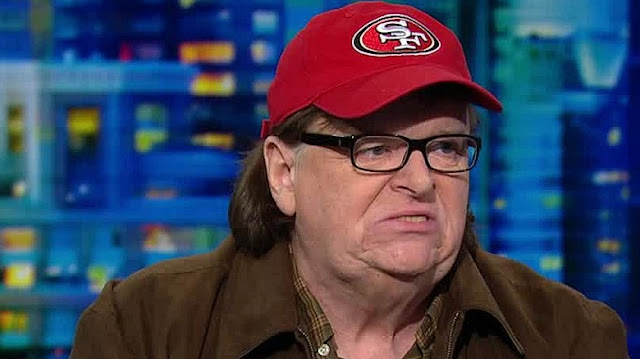 
Here’s why Congressman and civil rights legend John Lewis is right that Trump “is not a legitimate President”:
1. Nothing, including an arcane, racist section of the constitution, can change the fact that 3 million more Americans voted for Hillary than for Trump. It’s either a democracy or it isn’t. If he had won by 3 million, I would sadly admit that Trump is the President the American people wanted. But that’s not what happened.
2. He is not well and needs help. He has a number of serious mental disorders that make him unfit to hold office — and they are on display every day in one cringe-worthy tweet after another. He is a full-blown malignant narcissist. He displays sociopathic tendencies. He will say one thing and 30 seconds later say the opposite. He is disconnected from the truth. And he has a stunning lack of human empathy. These behaviors make him a truly dangerous occupant of the Oval Office.
3. The Russians interfered with the election in order to get him elected. Even Trump now admits as much. That alone makes the election tainted and should be voided. We spend trillions on ridiculous weapons and ineffective police state-style homeland security measures to defend us against those who would “destroy our way of life” — but we are to remain silent when a foreign government is caught trying to get THEIR candidate elected as OUR president? AND they succeed! This is a joke of monstrous proportions — and the fact that conservatives, Republicans and patriotic good ol’ boys are actively defending this foreign aggression into our country confirms to me what I’ve feared all along: that they really hate our form of democracy, our Bill of Rights, our belief that “All men (sic) are created equal,” our one person-one vote system, that whoever scores the most points wins and that people of all religions are welcome here. They don’t believe that, and I’d respect them so much more if they would just simply admit it.
4. The FBI clearly chose sides, and FBI Director Comey’s interference in the 10 days before the election most-definitely helped tipped the balance to the FBI’s preferred candidate, Donald J. Trump. That our own federal police would so brazenly attempt to throw the election to the person with the least votes is mind-boggling, frightening and must be stopped. Attorney General Lynch must immediately, today, appoint a Special Prosecutor to investigate what to me appears to be a criminal offense. If this is true, I want to see FBI Director Comey in handcuffs and behind bars. Short of murder and a few other heinous acts, is there a worse crime in our democracy than the highest ranking cop in the land attempting to throw the election?
5. Trump has nominated in Rex Tillerson the most powerful corporate CEO in the world as “our” Secretary of State. Why would the quarter-billionaire head of the world’s richest corporation want a “government job?” So that he, a personal friend of Putin’s, can get the US sanctions lifted off Russia so that his company, ExxonMobil, can get back to their exclusive oil deal with Russia — which will eventually net ExxonMobil three TRILLION dollars. This is nothing less than a bold, audacious robbery in broad daylight — and it says a lot about you and me that they think they can get away with it.
6. Trump has potentially committed a number of felonies — and a felon simply can’t sit in the Oval Office (I can’t believe I even have to state that). From his admitted sexual assaults to whatever he’s hiding in the tax returns, to possibly evading taxes, to his committing fraud with Trump U, to his long list of conflicts of interest — the chance of us having to suffer through his impeachment trial in the Senate is just too much to bear.
Donald Trump is, as John Lewis said, NOT a legitimate president. He is unfit, unstable and was elected with help from the Russian government. John Lewis has announced he will not attend the Inauguration, and eight other members of Congress today have joined him. Call (202-225-3121) or write your Congressperson and insist he or she not attend the swearing in of an illegitimate president. It’s the least you can do short of standing in front of this runaway train. — Michael Moore

THE STRENGTH OF ONE NOTE ~

Labels: Music Box, Neil Young and Crazy Horse (1969)
Newer Posts Older Posts Home
Subscribe to: Posts (Atom)
A poem (or more) will be offered by the hour or with the day and at the very least once a week. So stay on your webbed toes. The aim is to share good hearty-to-eat poetry. This is a birdhouse size file from the larger Longhouse which has been publishing from backwoods Vermont since 1971 books, hundreds of foldout booklets, postcards, sheafs, CD, landscape art, street readings, web publication, and notes left for the milkman. Established by Bob & Susan Arnold for your pleasure.
The poems, essays, films & photographs on this site are copyrighted and may not be reproduced without the author's go-ahead.
Write Bob or the Bookshop