MAN TURNS INTO AN INSECT (what a surprise!) ~ 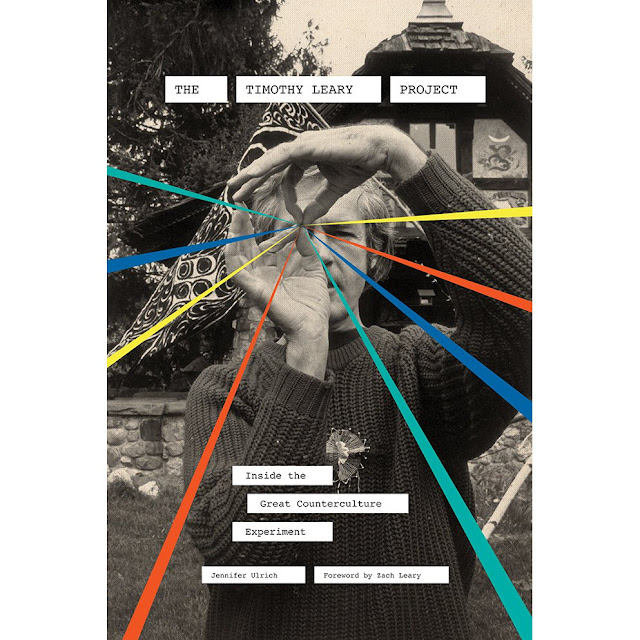 Two new books about the
counterculture crushing crusader —
the bottom book details Leary's escape from prison
(more elaborate than you might imagine)
his life on the run to Algieria (and other hideouts, later nabbed in Kabul)
and facing up with the Black Panthers
(which didn't go well)
The top book is the richer of the two,
though both books work well together —
smart with correspondence of Leary's
along with Hurston Smith, Allen Ginsberg, Aldous Huxley,
Albert Hofmann, as well as royal vintage photographs ~
A reader's high 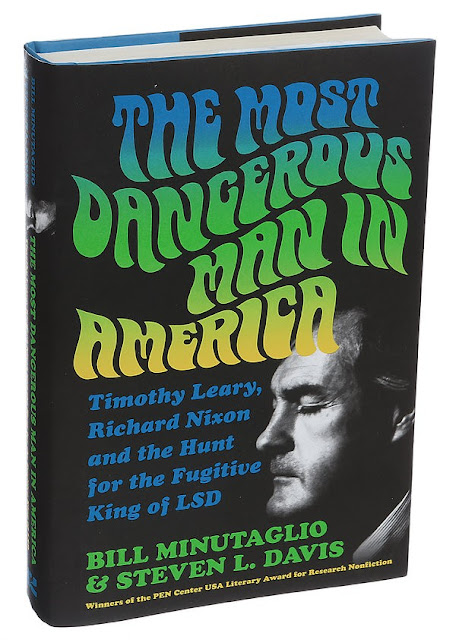 "PSYCHEDELIC THERAPY, whether for the treatment of psychological problems or as a means of facilitating self-exploration and spiritual growth, is undergoing a renaissance in America. This is happening both underground, where the community of guides like Mary is thriving, and aboveground, at institutions like Johns Hopkins, New York University and U.C.L.A., where a series of drug trials have yielded notably promising results.
I call it a renaissance because much of the work represents a revival of research done in the 1950s and 1960s, when psychedelic drugs like LSD and psilocybin were closely studied and regarded by many in the mental health community as breakthroughs in psychopharmacology. Before 1965, there were more than 1,000 published studies of psychedelics involving some 40,000 volunteers and six international conferences dedicated to the drugs. Psychiatrists were using small doses of LSD to help their patients access repressed material (Cary Grant, after 60 such sessions, famously declared himself “born again”); other therapists administered bigger so-called psychedelic doses to treat alcoholism, depression, personality disorders and the fear and anxiety of patients with life-threatening illnesses confronting their mortality.
That all changed in the mid-’60s, after Timothy Leary, the Harvard psychologist and lecturer turned psychedelic evangelist, began encouraging kids to “turn on, tune in and drop out.” Silly as that slogan sounds to our ears, a great many kids appeared to follow his counsel, much to the horror of their parents. The drugs fell into the eager embrace of a rising counterculture, influencing everything from styles of music and dress to cultural mores, and, many thought, inspired the questioning of adult authority that marked the “generation gap.” “The kids who take LSD aren’t going to fight your wars,” Leary famously claimed. In 1971, President Nixon called Leary, who by then had been drummed out of academia and chased by the law, “the most dangerous man in America.” That same year, the Controlled Substances Act took effect; it classified LSD and psilocybin as Schedule 1 drugs, meaning that they had a high potential for abuse and no accepted medical use; possession or sale became a federal crime. (MDMA, which was still being used therapeutically, was not banned until 1985, after it became popular as a party drug called Ecstasy.) Funding for research dried up, and the legal practice of psychedelic therapy came to a halt."
~ Michael Pollan
M O R E

Labels: Counterculture (USA 1960s), LSD, Michael Pollan, The Black Panthers, Timohy Leary
Newer Posts Older Posts Home
Subscribe to: Posts (Atom)
A poem (or more) will be offered by the hour or with the day and at the very least once a week. So stay on your webbed toes. The aim is to share good hearty-to-eat poetry. This is a birdhouse size file from the larger Longhouse which has been publishing from backwoods Vermont since 1971 books, hundreds of foldout booklets, postcards, sheafs, CD, landscape art, street readings, web publication, and notes left for the milkman. Established by Bob & Susan Arnold for your pleasure.
The poems, essays, films & photographs on this site are copyrighted and may not be reproduced without the author's go-ahead.
Write Bob or the Bookshop