Felix Baumgartner later told a press conference: "When I was standing there on top of the world, you become so humble, you don't think about breaking records." He admitted all he could think about was getting back alive, but added: "Sometimes you have to go up really high to see how small you are." 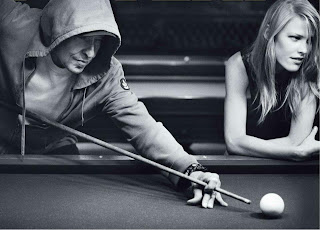 
It was late last night when the boss came home
To a deserted mansion and a desolate throne
Servant said: “Boss, the lady’s gone
She left this morning just ‘fore dawn.”


“You got something to tell me, tell it to me, man
Come to the point as straight as you can”
“Old Henry Lee, chief of the clan
Came riding through the woods and took her by the hand”


“Go fetch me my coat and my tie
And the cheapest labour that money can buy
Saddle me up my buckskin mare
If you see me go by, put up a prayer”


Well, they rode all night, and they rode all day
Eastward, long down the broad highway
His spirit was tired and his vision was bent
His men deserted him and onward he went


Well, he threw down his helmet and his cross-handled sword
He renounced his faith, he denied his lord
Crawled on his belly, put his ear to the wall
One way or another put an end to it all


He leaned down, cut the electric wire
Stared into the flames and he snorted the fire
Peered through the darkness, caught a glimpse of the two
It was hard to tell for certain who was who


He lowered himself down on a golden chain
His nerves were quaking in every vein
His knuckles were bloody, he sucked in the air
He ran his fingers through his greasy hair


They looked at each other and their glasses clinked
One single unit, inseparably linked
“Got a strange premonition there’s a man close by”
“Don’t worry about him, he wouldn’t harm a fly”


From behind the curtain, the boss he crossed the floor
He moved his feet and he bolted the door
Shadows hiding the lines in his face
With all the nobility of an ancient race


She turned, she was startled with a look of surprise
With a hatred that could hit the skies
“You’re a reckless fool, I could see it in your eyes
To come this way was by no means wise”


“Get up, stand up, you greedy-lipped wench
And cover your face or suffer the consequence
You are making my heart feel sick
Put your clothes back on, double-quick”


“Silly boy, you think me a saint
I’ll listen no more to your words of complaint
You’ve given me nothing but the sweetest lies
Now hold your tongue and feed your eyes”


“I’d have given you the stars and the planets, too
But what good would these things do you?
Bow the heart if not the knee
Or never again this world you’ll see”


“Oh, please let not your heart be cold
This man is dearer to me than gold”
“Oh, my dear, you must be blind
He’s a gutless ape with a worthless mind”


“You’ve had your way too long with me
Now it’s me who’ll determine how things shall be”
“Try to escape,” he cussed and cursed
‘You’ll have to try to get past me first”


“Do not let your passion rule
You think my heart the heart of a fool
And you, sir, you can not deny
You made a monkey of me, what and for why?”


“I’ll have no more of this insulting chat
The devil can have you, I’ll see to that
Look sharp or step aside
Or in the cradle you’ll wish you’d died”


He crawled to the corner and he lowered his head
He gripped the chair and he grabbed the bed
It would take more than needle and thread
Bleeding from the mouth, he’s as good as dead


“You shot my husband down, you fiend”
“Husband? What husband? What the hell do you mean?
He was a man of strife, a man of sin
I cut him down and threw him to the wind”


His face was hard and caked with sweat
His arms ached and his hands were wet
“You’re a murderous queen and a bloody wife
If you don’t mind, I’ll have the knife”


“We’re two of a kind and our blood runs hot
But we’re no way similar in body or thought
All husbands are good men, as all wives know”
Then she pierced him to the heart and his blood did flow


His knees went limp and he reached for the door
His tomb was sealed, he slid to the floor
He whispered in her ear: “This is all your fault
My fighting days have come to a halt”


She touched his lips and kissed his cheek
He tried to speak but his breath was weak
“You died for me, now I’ll die for you”
She put the blade to her heart and she ran it through


All three lovers together in a heap
Thrown into the grave, forever to sleep
Funeral torches blazed away
Through the towns and the villages all night and all day