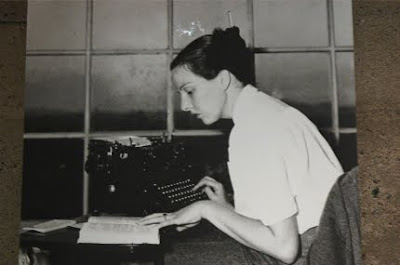 
Many people think that gourmets, true connoisseurs of eating and drinking, must possess great wealth I do not believe this. The wealthy are gourmets, if so, inspite of their riches. It is much easier to eat honestly if one is poor and eats food prepared by cooks who must, at least occasionally, use their wits and their skills rather than the truffles and rare condiments of princely kitchens.


I think now of some of the best meals in my life, and almost without exception they have been so because of the superlative honesty of “poor fare,” rather than sophistication. I admire and often even like what is now called the Classical Cuisine ... the intricate sauces of great chefs, and the complexities of their sweets and their pastries. But for strength, both of the body and of the spirit, I turn without hesitation to the simplest cooks ....


I remember the best sauce I ever ate.


It was not at Foyot’s, in the old days in Paris. It was in a cabin with tarpaper walls on the rainswept hillsides in Southern California. The air was heavy with the scent of wet sage from outside and the fumes of a cheap kerosene stove within. Three or four children piped for more, more, from the big bowl of steaming gravy in the center of the heavy old round table crowded between the family’s cots. We ate it from soup plates, the kind you used to get free with labels from cereal packages. It was made from a couple of cottontails, and a few pulls of fresh herbs from the underbrush, and spring water and some “Red Ink” from the bottom of Uncle Johnie’s birthday jug ... and a great deal of love. It was all we had, with cold flapjacks left from breakfast to scoop it up. It was good, and I know that I was indeed fortunate to have driven up the hill that night in the rain and to have friends who would share with me.


I remember the best stew I ever ate, too.


It was not a bouillabaisse at Isnard’s in Marseille. It was made, further south on the Mediterranean at Cassis, by a very old small woman, for a great lusty batch of relatives and other people she loved. Little grandnephews dove for equally young octopi and delicate sea eggs, and old sons sent their rowboats silently up the dark calanques for rockfish lurking among the sunken German U-boat from the First War, and grizzling cousins brought in from the deep sea a fine catch of rays and other curious scaly monsters. Little girls and their mothers and great-aunts went up into the bone-dry hills for aromatic leaves and blossoms, and on the way home picked up a few bottles of Herby wine from the tiny vineyards they worked in the right seasons.


The very old woman cooked and pounded and skinned and ruminated, and at about noon, two days later, we met in her one-room house and spent some twenty more hours, as I remember, eating and eating ... and talking and singing and then eating again, from seemingly bottomless pots of the most delicious stew in my whole life. It had been made with love.


And from a beautiful odorous collection of good breads in my life I still taste, in my memory, the best.


There have been others that smelled better, or looked better, or cut better, but this one, made by a desolately lonesome Spanish-Greek Jewess for me when I was about five, was the best. Perhaps it was the shape. It was baked in pans just like the big ones we use, but tiny, perhaps 1 x 3 inches. And it rose just the way ours did, but tinnily. (Many years later, when I read Memoirs of A Midget and suffered for the difficulties of such a small person’s meals, I wished I could have taken to her, from time to time and wrapped in a doll’s linen napkin, a fresh loaf from my friend’s oven ...).


Yes, that was and still is the best bread It came from the kitchen of a very simple woman, who knew instinctively that she could solace her loneliness by the ritual of honest cooking. It taught me, although I did not understand it then, a prime lesson in survival. I must eat to live; I want to live well; therefore I must eat well. And in these days of spurious and distorted values, the best way to eat is simply, without affectation or adulteration. Given honest flour, pure water, and a good fire, there is really only one more thing needed to make the best bread in the world, fit for the greatest gourmet ever born: and that is honest love.

from Good Cooking — The Complete Cooking Companion, 1950.
Republished in A Stew Or A Story, An Assortment of Short Works by M. F. K. Fisher
Gathered and introduced by Joan Reardon,
Shoemaker & Hoard, 2006. 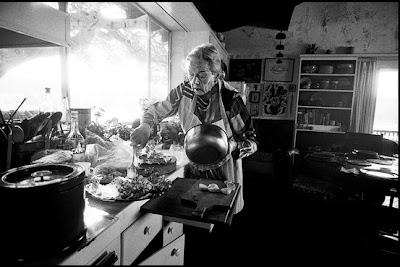 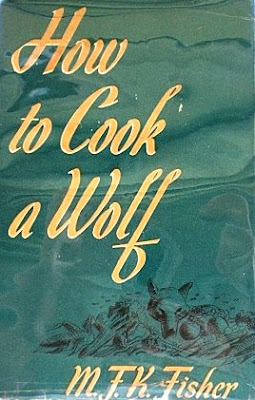 Marion Cunningham, a former California homemaker who overcame agoraphobia later in life to become one of America’s most famous and enthusiastic advocates of home cooking, died on Wednesday morning in Walnut Creek, Calif. She was 90. . .

. . ."Mrs. Cunningham — who loved to go to the supermarket and peer into the baskets of startled strangers, whom she would then interview about their cooking skills — made it her life’s work to champion home cooking and preserve the family supper table.

“No one is cooking at home anymore, so we are losing all the wonderful lessons we learn at the dinner table,” she said in an interview in 2002.

“People are living like they are in motels,” she added. “They get fast food and take it home and turn on the TV. Schools and sports groups have soccer practice or what have you during what used to be called the dinner hour. We don’t need more competitive sports. We need to sit facing people with great regularity, so we are making an exchange and we are learning to be civilized.”

Marion Enwright was born on Feb. 11, 1922, in Los Angeles to Joseph Enwright and the former Maryann Spelta. She spent the first half of her adult life raising two children, Mark and Catherine — who survive her — and tending the ranch home she shared with her husband, Robert Cunningham, a medical malpractice lawyer, in Walnut Creek.

For much of that time she struggled with agoraphobia , a fear of open and public places. It was so intense at times that she could barely cross the Bay Bridge to San Francisco. She also developed a drinking problem, and once she stopped, she became known for her love of a good cup of black coffee — sometimes ordered when everyone else was drinking Champagne."