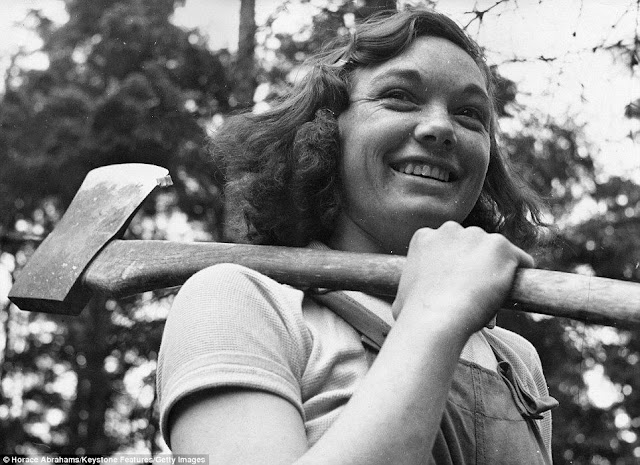 At the saw buck —

A Gift for the Living

But it was a moment

Before we saw them

I counted 66 or more

And she was still

To the sun, as

I never liked because he never wanted

To work and this guy doesn’t either —

He has every excuse for you: they sent

Me first north to Putney on a wild goose

Him throwing his tire iron back into his truck

From a good distance off. Did he bring a

Did he have a box of sockets? Nah.

I could string out a cord from the woodshed

If he had his drill? Don’t bother.

He usually carries with him a can of

Fix-a-Flat but not today. Scowling at the

Troubled tire he predicts the lugs

Will need to be torched and even then

They could snap and he wants nothing

To do with that. Goodbye.

His truck is pint-size and

He can’t wait to leave.

He does a comb-over on his hair

Which I could do but don’t.

Every second he is reminding

Me of a son-of-a-bitch I know.

It’s a half-hour drive back into

Town but it isn’t fifteen minutes since

He has left and the agency we

Call tells us we’ve been charged by the

Jerk for a job well done. Imagine that.

Now, imagine what we said.

The next day the agency sends out a flatbed wrecker

A wide body bruiser with an equal size wife.

They push open the doors to the wrecker but

Sit there a moment as if sniffing over this piddly job.

Watching the guy finally roll out I can imagine

Him lifting the back end of my truck with one

Hand while changing the tire with his other hand.

He almost does. No excuses. Done in a flash.

He’s already heard through the grapevine about

Our visitor yesterday, says with a grin,

Something both our fathers told us.

Something, one day, you have to live up to.

Within seconds we are talking about firewood,

Mutual people we happen to know; his wife is

Complaining to my wife about how the agency only

Calls them when everyone else bails out.

They reek of bad attitudes, pissy luck and hard work.

We tell them we will be going back inside

To call the agency at Triple-A

To make them famous.

Storm and everyone mad

As hell and saying so —

It melts in two days

Labels: Bob Arnold (Yokel), Longhouse, Vermont
Newer Posts Older Posts Home
Subscribe to: Posts (Atom)
A poem (or more) will be offered by the hour or with the day and at the very least once a week. So stay on your webbed toes. The aim is to share good hearty-to-eat poetry. This is a birdhouse size file from the larger Longhouse which has been publishing from backwoods Vermont since 1971 books, hundreds of foldout booklets, postcards, sheafs, CD, landscape art, street readings, web publication, and notes left for the milkman. Established by Bob & Susan Arnold for your pleasure.
The poems, essays, films & photographs on this site are copyrighted and may not be reproduced without the author's go-ahead.
Write Bob or the Bookshop