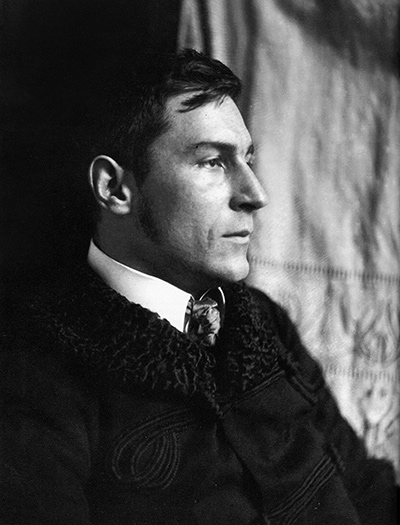 Of all the marvelous books on Franz Marc's paintings

this smaller book is one of my favorites and the

author Peter-Klaus Schuster does such a wonderful job

his name deserves to be on the cover! at the very least

on the spine. Here is Schuster's thinking, "A painter

meets a woman poet whose personality differs from his own

almost to the point of contradiction, and yet he calls her "sister"

—that in a nutshell, is the story of the friendship between Franz Marc and

a series of Marc's watercolors, from very late 1912 to the

spring of 1914. The heartbreak is that Marc was inducted into

these postcards were almost lost to the Nazis in 1939

as part of their campaign against "degenerate art."

Quick hands by a married couple, Sofie and Emanuel Fohn,

saved the Marc postcards with an exchange of works by

This book holds the story. 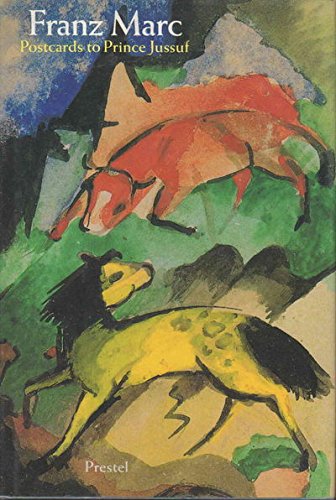 Labels: Else Lasker-Schuler, Franz Marc, German Expressionist Art
Newer Posts Older Posts Home
Subscribe to: Posts (Atom)
A poem (or more) will be offered by the hour or with the day and at the very least once a week. So stay on your webbed toes. The aim is to share good hearty-to-eat poetry. This is a birdhouse size file from the larger Longhouse which has been publishing from backwoods Vermont since 1971 books, hundreds of foldout booklets, postcards, sheafs, CD, landscape art, street readings, web publication, and notes left for the milkman. Established by Bob & Susan Arnold for your pleasure.
The poems, essays, films & photographs on this site are copyrighted and may not be reproduced without the author's go-ahead.
Write Bob or the Bookshop