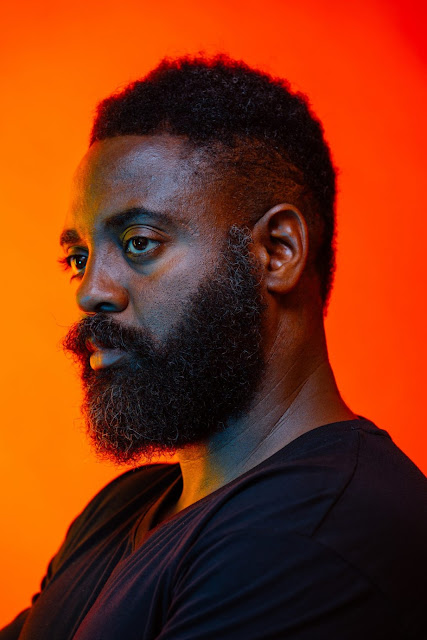 When I Think of Tamir Rice While Driving

in the backseat of my car are my own sons,
still not yet Tamir’s age, already having heard
me warn them against playing with toy pistols,
though my rhetoric is always about what I don’t
like, not what I fear, because sometimes
I think of  Tamir Rice & shed tears, the weeping
all another insignificance, all another way to avoid
saying what should be said: the Second Amendment
is a ruthless one, the pomp & constitutional circumstance
that says my arms should be heavy with the weight
of a pistol when forced to confront death like
this: a child, a hidden toy gun, an officer that fires
before his heart beats twice. My two young sons play
in the backseat while the video of  Tamir dying
plays in my head, & for everything I do know, the thing
I don’t say is that this should not be the brick and mortar
of poetry, the moment when a black father drives
his black sons to school & the thing in the air is the death
of a black boy that the father cannot mention,
because to mention the death is to invite discussion
of  taboo: if you touch my sons the crimson
that touches the concrete must belong, at some point,
to you, the police officer who justifies the echo
of the fired pistol; taboo: the thing that says that justice
is a killer’s body mangled and disrupted by bullets
because his mind would not accept the narrative
of  your child’s dignity, of  his right to life, of  his humanity,
and the crystalline brilliance you saw when your boys first breathed;
the narrative must invite more than the children bleeding
on crisp fall days; & this is why I hate it all, the people around me,
the black people who march, the white people who cheer,
the other brown people, Latinos & Asians & all the colors of   humanity
that we erase in this American dance around death, as we
are not permitted to articulate the reasons we might yearn
to see a man die; there is so much that has to disappear
for my mind not to abandon sanity: Tamir for instance, everything
about him, even as his face, really and truly reminds me
of my own, in the last photo I took before heading off
to a cell, disappears, and all I have stomach for is blood,
and there is a part of me that wishes that it would go away,
the memories, & that I could abandon all talk of making it right
& justice. But my mind is no sieve & sanity is no elixir & I am bound
to be haunted by the strength that lets Tamir’s father,
mother, kinfolk resist the temptation to turn everything
they see into a grave & make home the series of cells
that so many of my brothers already call their tomb.