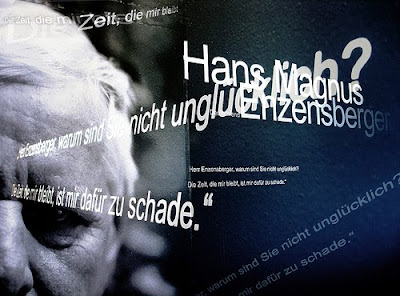 
My wife's merits are too numerous

for an A4 sheet of paper.

She is multicellular, with rustling hair

thriving wonderfully at night, in her sleep.

Each and every hair is dear to me. She's well provided

with soft spots. Whenever her nostrils

How often she thinks, and how in arbitrarily she lives!

I know she can curl her tongue,

play footsie. When she laughs or grumbles

a new wrinkle appears at her mouth,

is of more than one colour. Her breaths, too,

are numerous, not to mention

the manifold souls in her breast.

I am amazed that here,

where I happen to be, is where is usually is.


When she's lying there, so entirely

of this world as a cow or a cat,

without intention or regret,

in the semi-darkness a halo

hovers around her shimmering skin.

You can sense it, feel it,

when you're close enough to her,

in the more distant glow of infrared.

No one will decipher.

It is only a breath,

and not to know why —

perhaps that is happiness.


When Steinar Petursson, a gaunt man

from Borgarnes in distant Iceland,

arrived in Copenhagen by packet steamer

a good hundred years ago,

he saw a wonderful machine.

It was a band saw

Yet when Steinar discovered what it cost,

as much as one hundred and fifteen

he closed his eyes.

He ran his fingers

For four days on the packet

At home he took the hardest wood

and shut himself into his workshop.

His work, a band-saw made entirely of wood,

only the blade is iron,

can still be seen today, among spinning wheels,

and old birch spoons, in a corner

of the local museum at Borgarnes.


When you meet someone

who is smarter or more stupid than you —

don't make too much of it.

The ants and the gods,

believe me, feel just the same.

That there are more people in China,

Most people, no doubt, are

blacker or whiter than you.

At times you're a giant,

Somewhere or other you're always discovering

an even more radiant beauty,

someone even worse off.

or less on the thermometer —

and you would be beyond saving.


A LITTLE SWAN SONG TO MOBILITY


It was cold in Bogord.

All the restaurants were shut for the day

Helsinki was booked up.

In Turin the refuse collectors were on strike.

in Bujumbura. The silence

over the roofs of Pecs

was something close to panic.

It was least unbearable

under the pear tree


ALSO ONE HALF OF LIFE


At first it's just a tiny number falling prey.

One is run over, the bigmouth from 6b,

or the chubby cousin with her plaits

who had this funny smell is gone,

suddenly gone. Others died in a fire

or were taken away, late at night. Later

it grew, the little group of the absent ones,

and you can't remember this one's

hat and another one's mouth.

And then, one day, the moment comes,

imperceptibly, and passes, when half

of those who fed you, hated, taught

and kissed you have disappeared.

from A HISTORY OF CLOUDS
(Seagull Books / seagullbooks.org)


Poet, translator, novelist, essayist, children's book author, and editor of the book series Die Andere Bibliother, Hans Magnus Enzensberger was born in Germany in 1929. In his teens he joined Hitler Youth, but was kicked out soon after for what may be termed a general insubordination, or nonconformity. For those seeking Enzensberger, he also writes under the name Andreas Thalmayr. Curiously, with the closing of this year's World Cup and a Spain victory; HME was a collaborating inventor of a machine that automatically composed poems which was used in the 2006 games to provide commentary on the games.