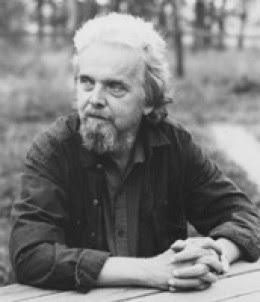 To the Naropa Community

I am very sorry to announce that Professor Anselm Hollo passed away this morning following a long illness. Anselm was one of the pillars of the Jack Kerouac School and a great friend to Naropa and beloved mentor to hundreds of students and inspiring poet to countless readers around the world.

Anselm’s  wife Jane Dalrymple-Hollo and children Kaarina and Tamsin were with him during what Jane described as a peaceful death. Naropa has lost another of our treasures, who will be greatly missed. Please join me in sending good wishes to Anselm as he embarks on his next journey and to the family during this poignant time.

Anselm will be at the Crist Mortuary and his family would welcome you to visit tomorrow, Wednesday, between 4 pm and 7 pm at 3395 Penrose Place, near 34th St and the Diagonal. Professor Reed Bye is working with my office in planning a memorial for Anselm for some time next week. Details will follow.

Paavo Anselm Aleksis Hollo was born in Helsinki, Finland. His father, Juho Aukusti Hollo(1885–1967) — who liked to be known as "J. A." Hollo — was Professor of Philosophy at the University of Helsinki, an essayist, and a major translator of literature into Finnish. His mother was Iris Antonina Anna Walden, a music teacher and daughter of organic chemist Paul Walden. He lived for eight years in the United Kingdom producing three children: Hannes, Kaarina, and Tamsin, with his first wife, poet Josephine Clare. He was a permanent resident in the United States from the late 1960s until his death. At the time of his death and he resided in Boulder, Colorado with his second wife, artist Jane Dalrymple-Hollo.

Hollo published more than forty titles of poetry in the UK and in the US, in a style strongly influenced by the American beat poets.

In 1965, Hollo performed at the "underground" International Poetry Incarnation, London. In 2001, poets and critics associated with the SUNY Buffalo POETICS list elected Hollo to the honorary position of "anti-laureate", in protest at the appointment of Billy Collins to the position of Poet Laureate Consultant in Poetry to the Library of Congress.

Hollo translated poetry and belles-lettres from Finnish, German, Swedish and French into English. He was one of the early translators of Allen Ginsberg into German and Finnish.

Hollo taught creative writing in eighteen different institutions of higher learning, including SUNY Buffalo, the Iowa Writers' Workshop, and the University of Colorado at Boulder. Since 1985, he has taught in the Jack Kerouac School of Disembodied Poetics at Naropa University, where he held holds the rank of Full Professor.

Hollo became ill, and during the summer of 2012, had brain surgery.

Several of his poems have been set into music by pianist and composer Frank Carlberg.