RURAL LIFE AND THE NEIGHBORHOOD (A BRIDGE OVER) ~ 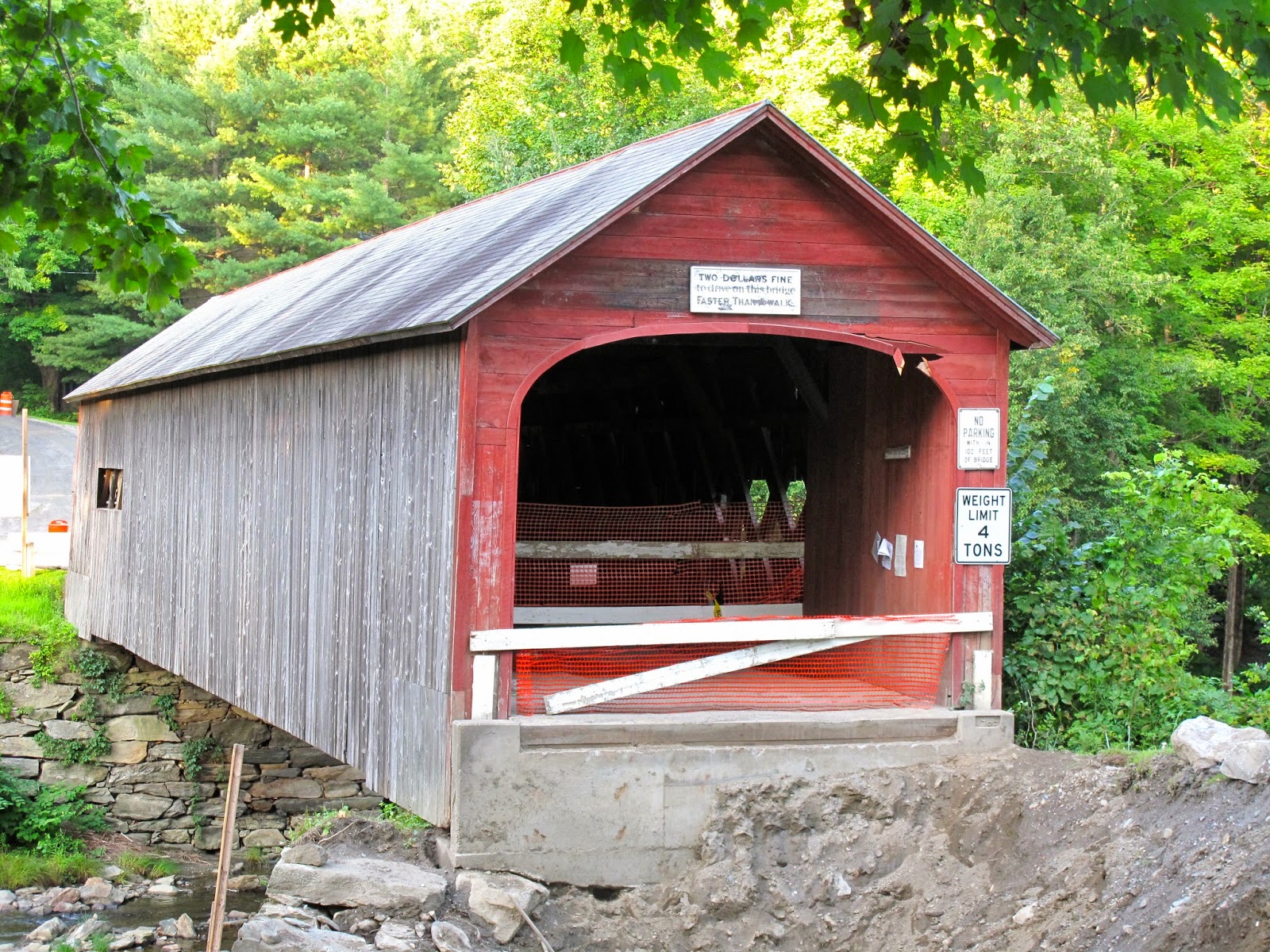 To Katie, and all Neighbors —

Excellent coverage and description for all of us on this end of the spectrum re the covered bridge as of 8 Aug 2014. We were home late last night from work scheduled further north. We waited for your analysis.

Between you and me, and I already mentioned this: it's good to read any mention of cribbing. I believe that was always absent from the work site.

I also believe Guilford has forever been too black and white about their work conditions: the job starts and the town is next to molasses-slow at installing detour signs, and frankly the signs are still sparse for the uninitiated, and the clarification about a "covered bridge" being shutdown is completely unclear. Only because someone lightly penciled it in, that the covered bridge was closed, is there now some hint of what is ahead for the traveler approaching from the south in Colrain. Guilford seems blind to outside travel, never mind the citizenry on either side of the river. One would think a modest causeway could be built for foot-traffic no matter what is being done — with this causeway extending on the south side of the bridge interior for people to move down a safe passage alley way. It would do everyone a world of good to know we can still bicycle up to the bridge, or hike up, and get across to see neighbors, and more of the village. Plus a way for school children to move to & fro. I'm sure the thought of the bridge being closed until at least October 22 is not pleasing for anyone knowing heavy snow could then occur the very same time, and now the valley is socked in for months to come.

Go to most towns under construction — heavy construction — and there is always a passage for the citizen, no matter how extensive. Of course most of the workers are walking back and forth over this bridge each and every day. With the bridge hunkered down into the abutment, unsafe as a structure for vehicles at the moment but certainly not human weight, and once the scaffolding and cribbing is in place (which should have always been in place from the start) the bridge is established and can take human traffic at a modest level and only for local use. We'd like to see that egalitarian balance of respecting the citizen/neighbor and that respect being returned by the same. Why can't we believe in that?

If we're listening to the engineers about foot passage, and we should, then we should also listen to the engineers when they forecast that a new bridge of any kind south of the covered bridge is a bad idea. Bad because of flood plain, and mostso bad because now the town has two bridges for the price of one headache. Imagine one more hurricane, Irene or flood, now slamming into two bridges, their abutments, and infrastructure. You've compounded a nightmare. "Irene" wasn't just a lot of water — it was Mother Nature's message of what can happen a second time. She was actually quite kind to the village the first time around . . . as far as hurricanes go.

The valley should be open to foot traffic and passage to circulate the flow of life, and showing we not only know how to live with disability, but we have an ability with it.